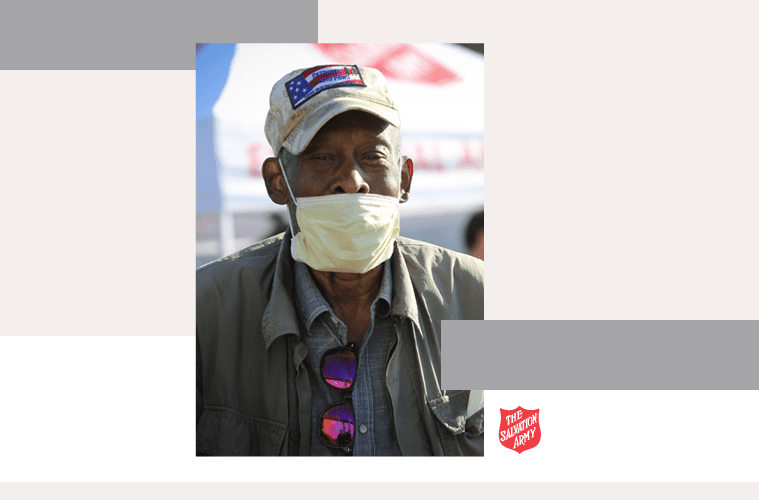 General André Cox and Commissioner Silvia Cox led the “Boundless Bermuda” congress on the island nation that forms part of The Salvation Army’s Canada and Bermuda Territory. Greeting them at the airport were territorial leaders, an ensemble from the Bermuda Divisional Band and an exuberant group of Salvationists and friends.

In addition to public congress meetings, the international leaders engaged in a question-and-answer session with young people, toured Salvation Army facilities, met with government officials and participated in officers councils.

Opening ceremonies at Hamilton City Hall featured a traditional town crier, who read the Boundless Bermuda 2015 Proclamation. The next evening, Salvationists participated in a march of witness on the streets of Hamilton, where the international leaders along with Commissioner Susan McMillan, territorial commander, took the salute as officers and soldiers marched past on their way to the Hamilton Princess Hotel for the welcome meeting.

The event featured junior and senior choruses, the Bermuda Divisional Band and the West End Community Church’s puppetry team, which performed using glow-in-the-dark puppets. Men from the Harbour Light treatment center sang “Your Grace and Mercy” as a testimony to the way God brought them through difficult times.

The General and Commissioner Cox joined in a few moments of fun when a moped–an iconic symbol of transportation in Bermuda–was brought on stage. They donned helmets and sat astride the motorbike, receiving a personalized Bermuda license plate displaying their name.

In his Bible message, the General declared, “God is speaking to The Salvation Army in Bermuda. How will we respond?” He challenged the congregation to deepen its relationship with God and then transform the world. “God chooses to fulfil his plan of salvation for the world through us,” he said.

After the meeting, as news broke of the terror attacks in Paris, the General reflected on the tragic events online, calling Salvationists and friends around the world to “pray long, and pray hard.”

The next day, a community celebration took place on the front lawn of Hamilton City Hall as Salvationists proudly proclaimed the gospel. The afternoon highlight was a performance by traditional Bermuda Gombey dancers. Dressed in colorful costumes, masks and headdresses, the Gombeys invited the international leaders to join their dance. To the delight of the crowd, McMillan, Colonels Sharon and Mark Tillsley (territorial chief secretary and secretary for women’s ministries) and Majors Frank and Rita Pittman (divisional commander and divisional director of women’s ministries, Bermuda) also took part.

Sunday’s holiness meeting included an enrollment of one junior soldier and two senior soldiers by the General.

In his sermon, the General challenged congregation members to examine their relationship with Christ. “Have we truly accepted the sacrifice of Jesus?” he asked. “He paid the price on the cross for each one of us.” Many people moved to the cross-shaped mercy seat to dedicate their lives to the Lord.

Later, Salvationists and friends gathered for a final congress celebration. A massed timbrel brigade included three members who had participated in a 200-strong timbrel group at the Boundless 150th anniversary international congress in London in July.

In her Bible message, Commissioner Cox reminded congress delegates to love God more than anything else and to love their neighbors as themselves. “Loving him, serving him, also means taking up his cross and following him,” she said. People responded by dedicating and recommitting their lives to Christ.

The Boundless Bermuda congress concluded with Salvationists joining in a traditional “hallelujah wind-up,” marching around the congress venue behind a Salvation Army flag.