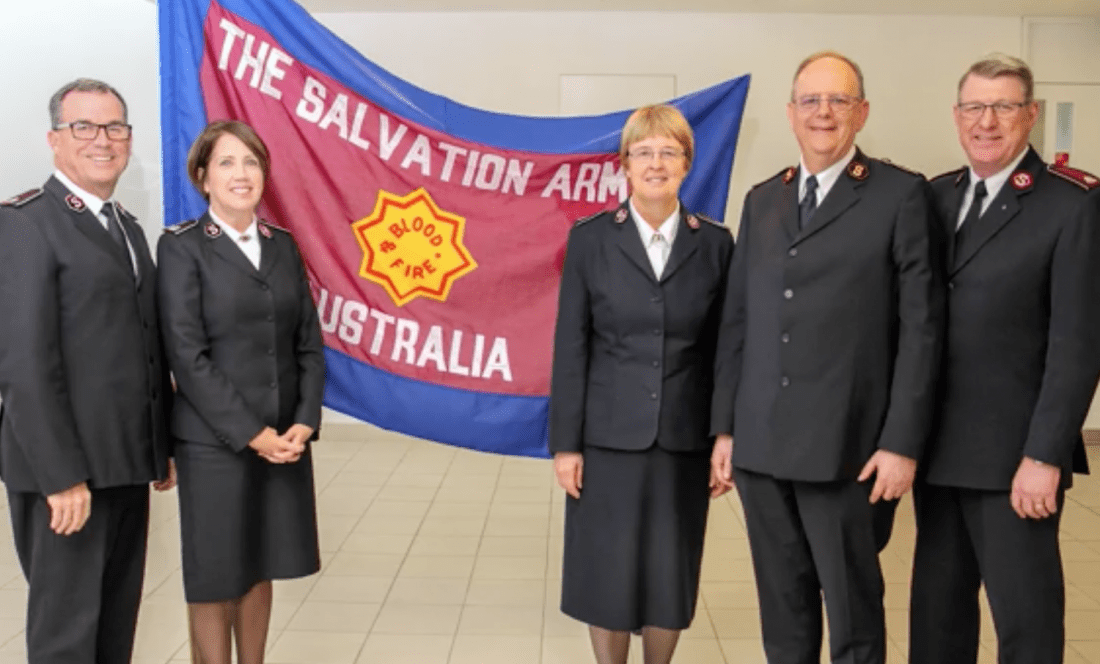 Australia One underway for Jan. 1, 2019, launch
General André Cox announced in 2016 that The Salvation Army’s two territories in Australia would join to create one national territory. The project, known as Australia One, aims to provide a structure for The Salvation Army to best deliver its spiritual and social mission to all Australians, starting Jan. 1, 2019.
Since the General’s announcement, significant work has been done to support an aligned vision and united voice for The Salvation Army in Australia. This led to the creation of a structural foundation for a new Australia Territory, which was unveiled May 1 by National Commander Commissioner Floyd Tidd.
Crucial to this foundation is the development of a new vision for The Salvation Army in Australia—a vision built on the back of broad and deep engagement. It states: “Wherever there is hardship or injustice, Salvos [a commonly used term in Australia for Salvationists] will live, love and fight alongside others to transform Australia one life at a time with the love of Jesus.” Speaking to this vision for the Army has been the creation of “12 Essentials” that define a vision of the Army.
The structural foundation was approved by The Salvation Army International Management Council, including the General, the Chief of the Staff (Commissioner Brian Peddle), Commissioner Silvia Cox (World President of Women’s Ministries) and Commissioner Rosalie Peddle (World Secretary for Women’s Ministries).
“These foundation blocks approved by our international leadership will be built upon in the coming months of transition and change,” Tidd said. “I am confident that the National Vision Statement can be realized through the continued dedicated service of Salvos in communities across Australia, supported by an appropriate national administrative structure. The days ahead will be filled with challenges and opportunities as together we work to position The Salvation Army for 21st century Australia.”
Tidd also announced that the new united Australia Territory will be headquartered in Melbourne. In a significant shift, though, leadership and support roles will be dispersed across the country.
The creation of a new national territory provides The Salvation Army in Australia with an opportunity to be an early adoptee of the international move toward a new way of governing the Army, as outlined by the General as part of the Accountability Movement. The single governing authority will be a board chaired by the territorial commander. This board, which will be responsible for strategy and governance, will include officer leadership and five non-officers, with at least two being active Salvationists. All other members must have a strong Christian faith. Membership will be based on minimum one-third female and minimum one-third male. Appointments to the board, which will be made by the General, will also be conscious of “broader diversity considerations.”
Further explaining the new senior board and council set-up, Tidd also revealed that a Gender Equity Plan is being devised to “address the systematic inequality faced by women officers.” The plan will implement the Army’s biblical teaching about women’s leadership and ensure that the new Australia Territory structures value the unique gifts of each individual.
As a result, an Advocate for Women’s Equity will be appointed, supported by a Women’s Equity Committee. The committee will have internal and external members, with equal representation of women and men. Its role will be to develop and implement strategies to achieve the goals of gender equity for women. The Advocate for Women’s Equity and the Women’s Equity Committee will report directly to the chief secretary. 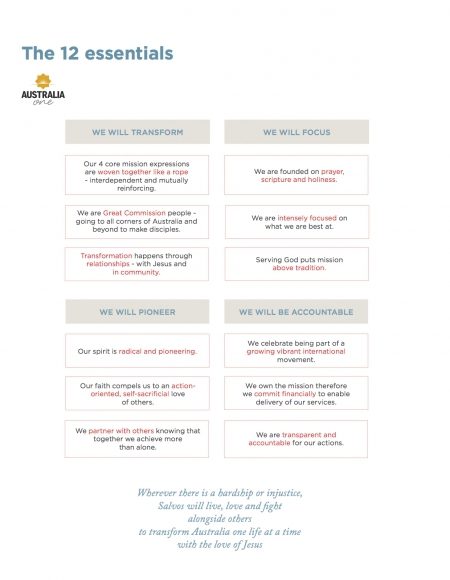 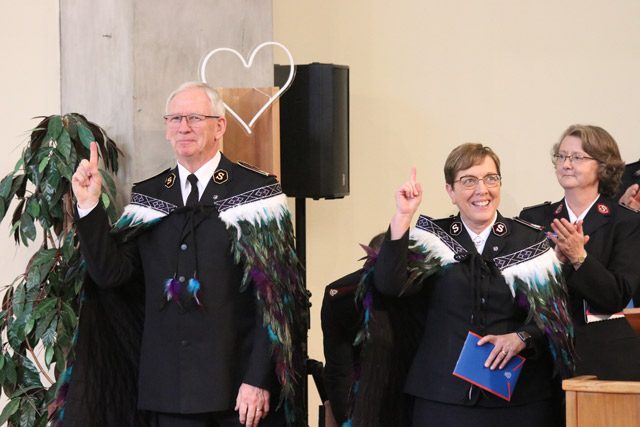