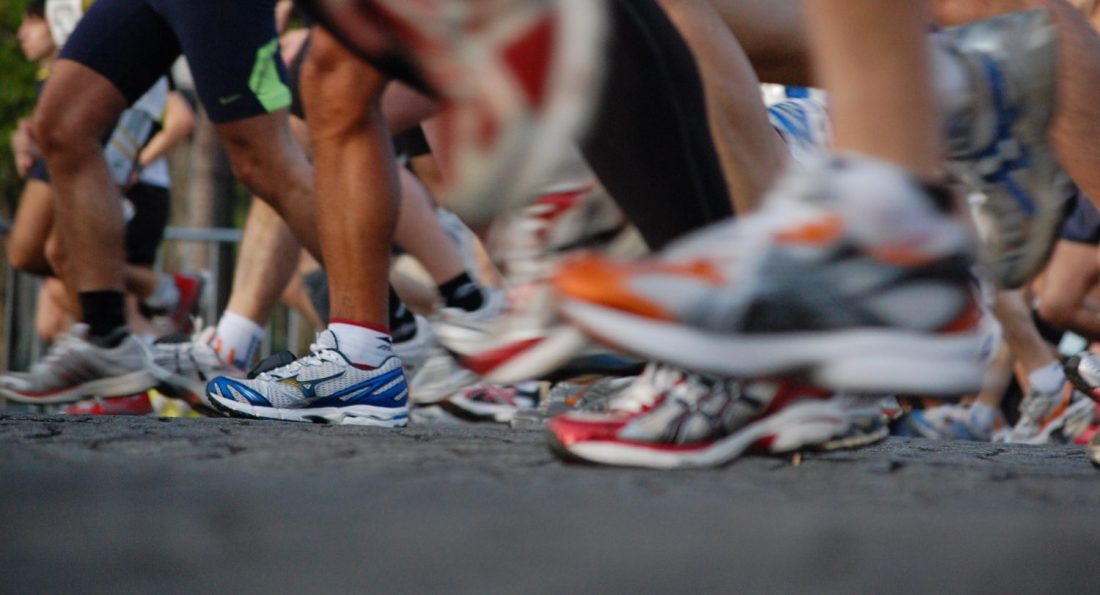 A run toward recovery 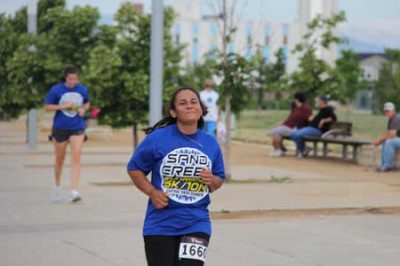 Sarah Lewis lived an active lifestyle. An avid runner and soccer player, she couldn’t recall a time when athletics weren’t a part of her life. However, after she finished high school she began using drugs, which grew into an addiction. Consequently, her physical health suffered and her passion for physical fitness dwindled.

“I lost that part of myself in my addiction,” Lewis said. She eventually enrolled in Denver’s Adult Rehabilitation Center (ARC), where she received treatment and rediscovered her affinity for exercise.

Last May, the Denver ARC joined with Feet on the Street, which organizes 5K and 10K races in Denver, to develop a running program that includes semi-weekly training, nutritional advice, health supplements and activewear for interested beneficiaries. Currently, 20 men and eight women participate in the program.

“There is the holistic impact on mind, body and spirit,” Nick Sterner, Feet on the Street owner and member of the Denver ARC’s Advisory Council, said of running. “The way the program is designed offers beneficiaries an opportunity to engage in a healthy, active lifestyle and effectively puts them in touch with a community that is making positive health choices.”

At the start, many struggle to run a quarter of a mile in Denver with its challenging mile-high elevation. Yet, Sterner said in a few weeks of training, the participants advance to running up to three miles.

“If we can latch on early, you see a lot of [the beneficiaries] translate the incremental goal setting of athletics into other areas of their lives,” Sterner said. “We’ve had a lot of guys tell us that [fitness] is why they stay in the [ARC] program.”

Exercise lowers stress levels and releases endorphins, which can alleviate depression, according to the Anxiety and Depression Association of America. Exercise also engages the lymphatic system, which cleanses toxins from the body. In the 2009 edition of Principles of Addiction Medicine, Dr. James O. Prochaska wrote, “Physical activity helps manage moods, stress and distress. Also, 60 minutes per week of exercise can provide a recovering person with more than 50 health and mental health benefits. Exercise thus should be prescribed to all sedentary patients with addiction.”

Shortly after Lewis graduated from the ARC program, she was hired by Feet on the Street.

“This is a dream job for me,” Lewis said. “After we run, it’s amazing how everything seems better. It’s just a different coping mechanism. Running helps you process everything.”

Misty Paulson, who successfully completed the six-month program, said Feet on the Street was just the outlet she needed. Since graduating, she has reunited with her two daughters.

“When I first entered the Adult Rehabilitation Center I wanted to leave rather than put up with the discipline and structure required of us in the program, but I realized I had nowhere else to go,” she said. “When I joined the Feet on the Street program I felt I was able to channel all the anger and hatred I had inside me to the difficult task of running long distance.”

Since the program’s inception, ARC beneficiaries have participated in the Cops and Robbers 5K Road Chase and the Sand Creek 5K, notching female second-place and male third-place individual finishes in the latter.

“They make a commitment and that commitment becomes a goal,” Peel said. “That goal then becomes structure and that structure becomes hope.”