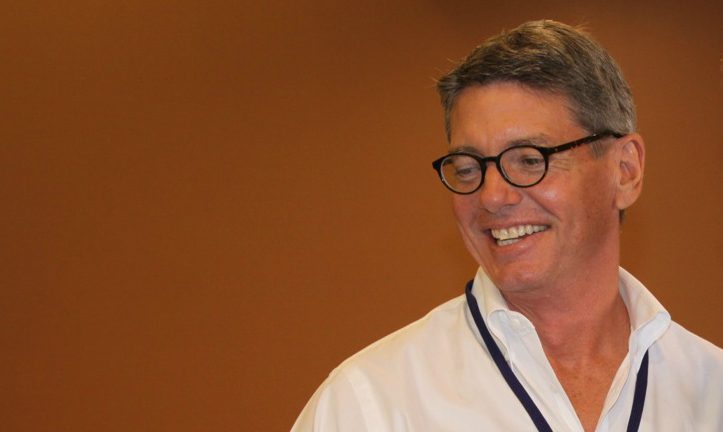 I did not attend the repeat drug offender booth at my high school’s career day.

No one could have convinced me that I would be incarcerated on six different occasions for committing drug-related crimes.

Growing up my babysitters were the Pacific Ocean and the Phoenix Country Club in Arizona. My only concerns were to enjoy a childhood of privilege, play golf and hope for decent surf conditions. My parents divorced early. My father lived in Phoenix and my mother in the beach community of San Diego, Calif, so my time was split between the two.

A good student and an Arizona all-state football player, I landed at the University of Arizona. An early knee injury ended my football career and I was prescribed narcotic pain medication—my first experience with a mind-altering substance. Around the same time, my mother took her life and I was left confused. I kept myself busy not dealing with her death, but within a year I began self medicating with alcohol and later an array of drugs.

In the world of addiction, I was a late bloomer. My first job after college was a great opportunity, a highly respected Wall Street brokerage firm where I enjoyed varied professional and financial success over the next nine years. I took advantage of an unusual trading opportunity and was able to leave the business at the age of 29. During those years I developed an increasing dependence on cocaine. By 34, I was living in a bush, homeless in south Phoenix.

Most cities across America have criminalized homelessness, and I was no exception. Arrests began as minor offenses like criminal trespassing and other survival crimes, yet my criminal behavior soon escalated to felonies. I began to take things that weren’t mine to feed my growing addiction. My last violent crime was robbing a drug house. As I left I could feel God speaking to me saying, “My protection ends today.”

I went to the meetup location where I left all the drugs and money and walked to a convenience store telling the clerk to call a cab. Drug dealers get a little upset if you rob them of all their inventory and cash, so I had to get out of that area fast. When the cab arrived, I informed the driver I had zero money and needed a ride out of the neighborhood. With a Bible on his dashboard, he turned and said, “the good Lord puts people in my cab who need help.”

I ended up in Sedona, Ariz., working a construction job when a bill collector kidnapped me at gunpoint and took me to a hotel with a strong recommendation to raise the money I owed his employer. I did so by borrowing money from a dear former client of mine and he let me go.

Soon my criminal past caught up with me and I was arrested again. While serving time at a jail in Flagstaff, Ariz., I became very ill and was tested. The county sheriff, a great Christian man, told me I was HIV positive. At that point in the legal process, I was looking at spending at least four years in prison. I knew I would die in prison as back then, HIV/AIDS was a quick death sentence.

While in an isolation cell for the next 30 days, God decided to reveal himself to me. Filled with his love and grace, I knew that everything was going to be okay, regardless of prison or illness. That’s when God’s miracles started to occur. After further tests, the same sheriff told me, “Well you don’t have AIDS. Actually, we don’t know what you have.” Then, my judge, touched by the Holy Spirit, sentenced me to The Salvation Army’s Harbor Light drug treatment program diverting me from a prison sentence.

Six months later, I graduated this marvelous life-saving program and The Salvation Army sent me back to college to acquire a teaching certification to become the head teacher of The Salvation Army’s Herberger Day Care Center––the first licensed nursery of its type caring for children of homeless parents. Twenty-eight drug-free babies were born there during my tenure.

Soon I began educating our state lawmakers to fund prevention and treatment programs and not to finance bigger prisons. To date, I have been key to designing new laws that have released over 8,000 inmates early into transitional programs designed to reduce recidivism, save money and increase public safety.

None of this could have occurred without the servant heart of The Salvation Army, which took me in with the clothes on my back, a felony, and an addiction, and introduced me to a whole new way of life managed by our Lord Jesus Christ.

Thank you, God, for The Salvation Army.