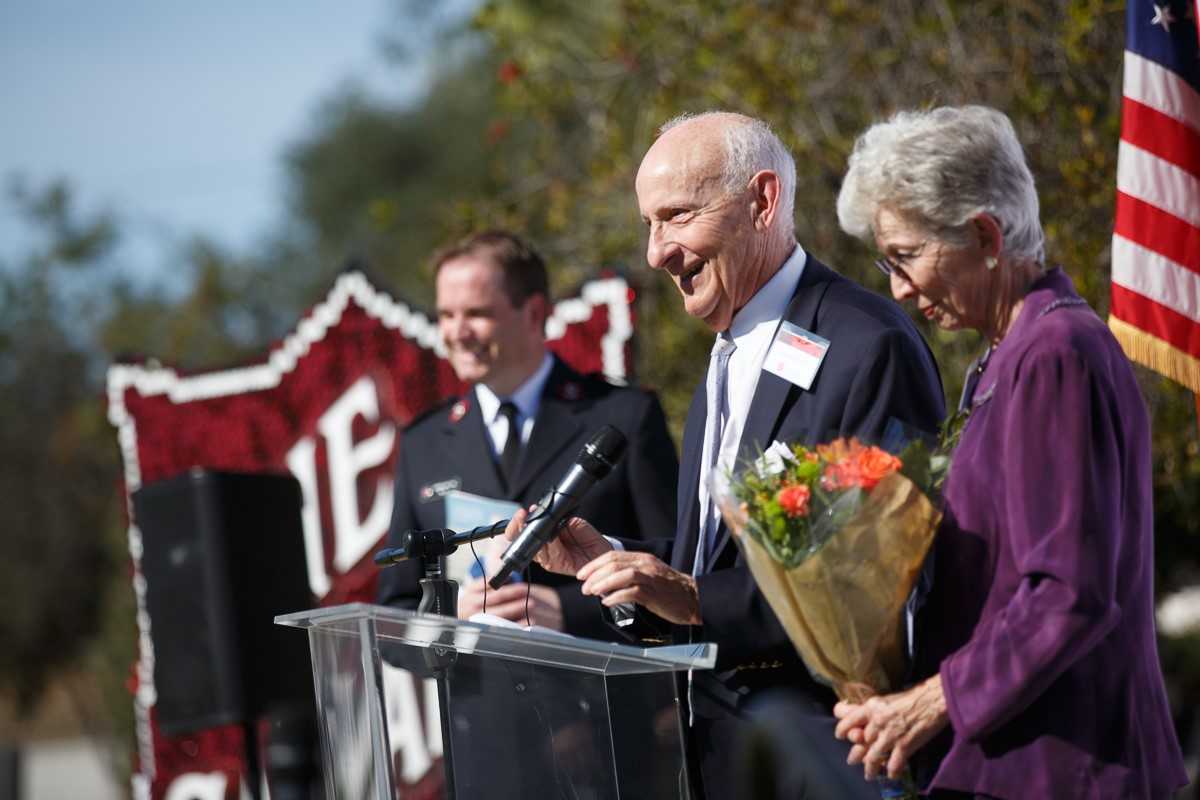 Philanthropists Ernest and Evelyn Rady announced the donation of a $50 million gift to The Salvation Army during a private event today at the Door of Hope campus in San Diego, California.

Civic and business leaders joined Salvation Army staff and volunteers at the project site to hear the Radys’ good news and join in celebration.

The gift will support construction of the new 32-unit Rady Residence at The Door of Hope, which will enable The Salvation Army to help two-parent families for the first time, in addition to the single mothers, children, single women, and women in recovery who currently live and participate in programs at The Door of Hope.

A second facility, the Rady Center for single men, will be built downtown after The Salvation Army raises the additional $30 million to complete the capital campaign. Details on the plans to raise the remaining $30 million have not been finalized, but the Radys expressed their utmost confidence in The Salvation Army.

“We are happy to put our resources in The Salvation Army’s hands, and we look forward to a successful conclusion,” said Ernest Rady, 80, who founded real estate development company American Assets and insurance company ICW Group Holdings. Evelyn Rady has made a career as a “professional do-gooder,” according to her husband of 58 years—working as a social worker, probation officer, and for Jewish Family Services of San Diego, among other roles.

The Radys’ donation to The Salvation Army comes on the heels of their $20 million commitment to Jewish Family Service of San Diego just last week. When asked about their long history of charitable giving, Ernest Rady replied, “What else am I gonna do? I can’t take it with me, so I might as well do something with it while I’m here.” 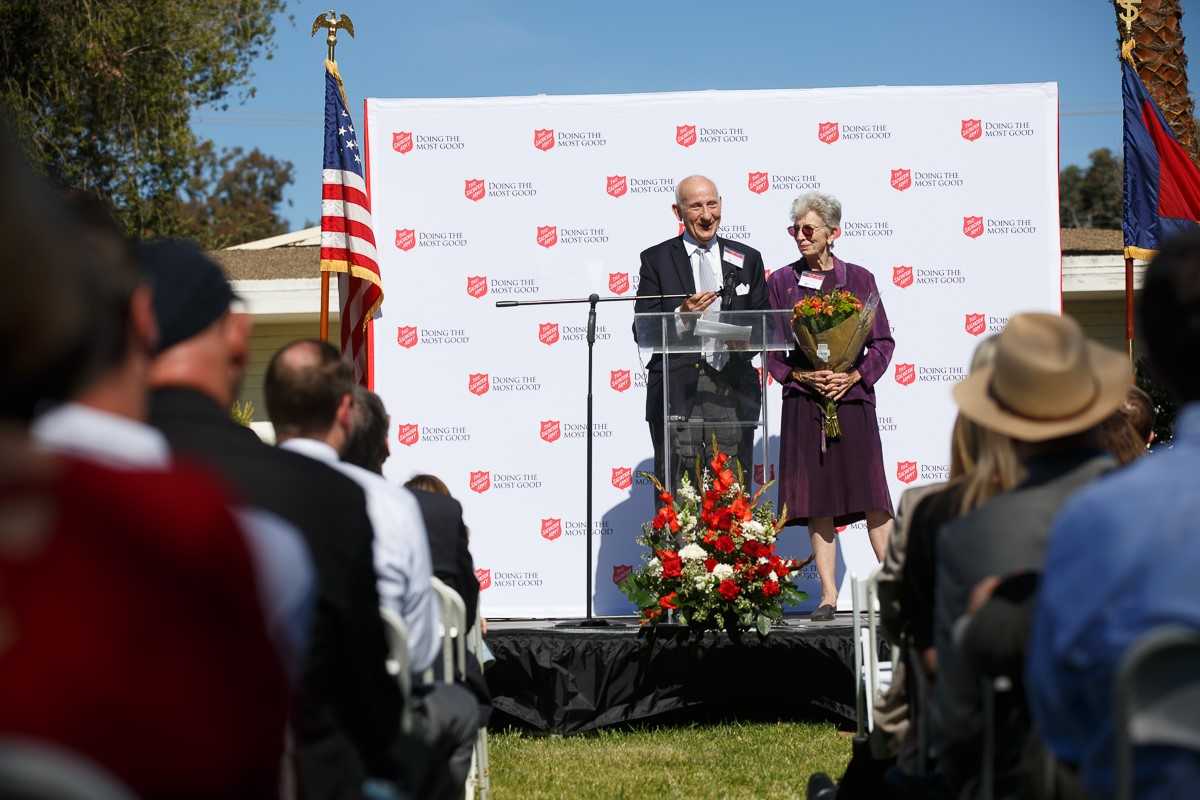 “The Salvation Army is deeply moved and inspired by Mr. and Mrs. Rady’s generosity and caring,” said Major George Baker, Sierra del Mar Divisional Commander. “Our vision for helping the homeless better their lives and find homes will now become a reality for our community. The centers will serve as a new standard for effective programs and housing for homeless across the United States.”

San Diego County is currently home to the fourth largest homeless population in the country, and 62 percent of them are unsheltered. The Salvation Army in San Diego County helps more than 267,000 of the people in the community each year, and its current downtown program boasts a 78 percent success rate in returning participants to permanent housing.