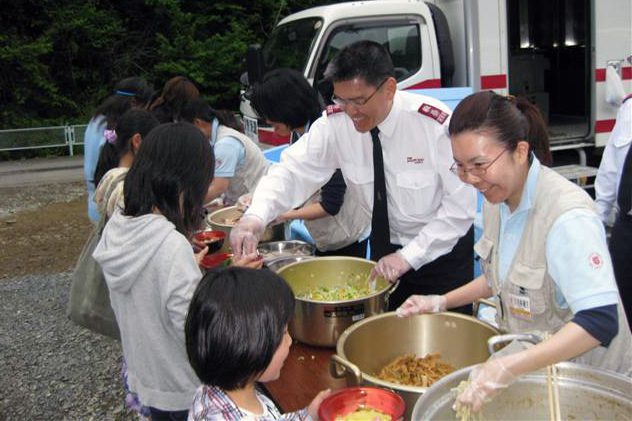 When a magnitude 9.0 earthquake shook off the coast of Japan March 11, 2011, the resulting tsunami swept away entire towns along the eastern coast. Widespread flooding swallowed homes, businesses and livelihoods, took the lives of more than 15,000 people and left another 500,000 individuals homeless.

Known in Japan as “Kyuu-Sei-Gun” (Save World Army), The Salvation Army was on the ground in the first days after the event providing relief to impacted coastal communities, and throughout the past five years has continued to offer support.

In each affected community, The Salvation Army has provided outreach programs to children and elderly citizens living in temporary housing with health screenings, home visitations, social gatherings and after-school programs. The Army is working to ensure that the needs of the most vulnerable people are being cared for during the long and difficult transition to full restoration.

Current projects of The Salvation Army in Japan, supported by SAWSO, include: