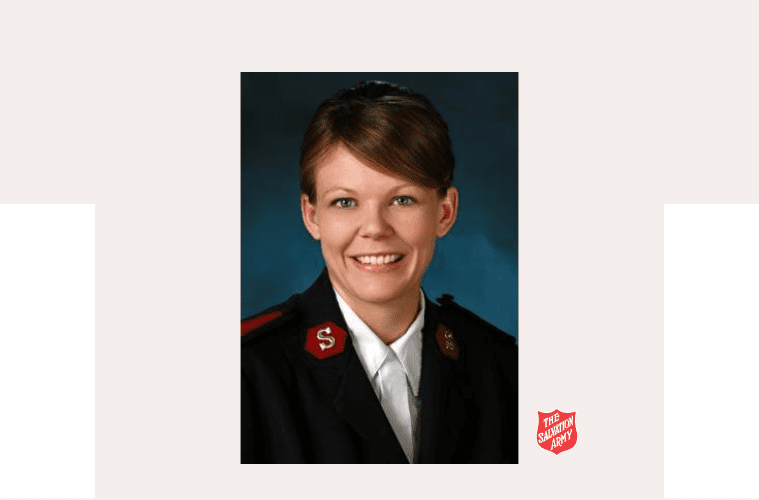 What does it mean when someone knows you? When they stop and ask you by name how things are going?

It’s perhaps the simplest and most meaningful way to impact a young person, according to Captain Angela Morrow, who leads The Salvation Army Centennial Corps—or church—with her husband as Corps Officer in Centennial, Colorado.

She grew up attending Salvation Army youth programs and while she said she thought she was going for the fun and friends, it was so much more than that. As she grew, she realized she wanted to be one of those key leaders who make an impact—to be present and available to people, especially youth.

It’s Captain Angela’s philosophy that if you instill confidence in a young person today, they’ll be ready to face tomorrow.

And so, she’s been instrumental in starting activities just for the kids—from an after-school program to a beginning youth band, choir, piano and guitar lessons, a character-building troops program, and more.

Captain Angela is on the show today to share more about her philosophy and efforts for youth in her community. As she tells the kids—this is a safe place where you can be yourself.

Good words from Captain Angela Morrow in this show:

[03:07] “Sometimes, people need help, no matter what their income or socioeconomic status is.”

[06:40] “I know it seems like such a simple concept, but each of those individuals…they matter to someone.”

[08:28] “It’s often said that our children are the future, but I also believe that they are our present.”

Download this episode wherever you get your podcasts. Find show notes for this episode and more at caringmagazine.org/podcast. Connect with Captain Angela Morrow via The Salvation Army Centennial Corps on Facebook.