You probably have heard that William and Catherine Booth co-founded The Salvation Army, but here are 17 things you may not know about them and their children.

1. William Booth (born 1829) worked as a pawnbroker’s assistant for seven years before becoming a Methodist Minister at the age of 21. He hated the trade, but it gave him a lifelong empathy for those caught in a spiral of poverty.

2. Catherine Booth (nee Mumford, also born 1829) was so intellectually gifted that by the age of 12 she had read the Bible straight through eight times—aloud. Her clarity of thought and strong convictions made her an ideal Mother of The Salvation Army, and she became one of the most influential women of the 19th century.

3. When William and Catherine met it was an instant love-match. At their church wedding ceremony only four other people were present. But such was the impact of their joint lives that at their respective funerals—20 years apart—35,000 people were present in London’s largest hall, with thousands more unable to gain entry. 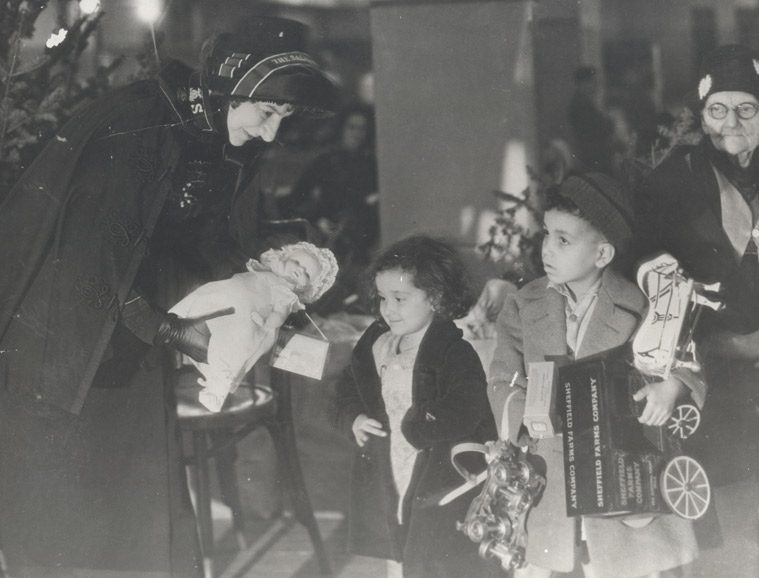 4. As a young man, William Booth successfully pastored several Methodist churches but yearned to be appointed an itinerant evangelist. At the crucial church conference, a compromise was suggested. “NEVER!” called out Catherine from the gallery, and together they walked out into the wilderness—aged 32 and with a family of four. They worked as independent evangelists for the next four years.

5. In 1865, William Booth was invited to lead a six-week mission in the East End of London. On Sunday, July 2, 1865, he began preaching there in a tent on an unused Quaker burial ground. He describes what happened one evening three weeks later: “When I saw those masses of poor people, so many of them evidently without God or hope in the world, my whole heart went out to them. I walked back to our West End home and said to my wife: ‘O Kate, I have found my destiny.’” Together they founded The Christian Mission to minister to the East End. But their destiny was not the East End of London. Their ultimate destiny was the world. And July 2 is now annually celebrated by Salvationists in 131 countries as The Salvation Army’s birthday. 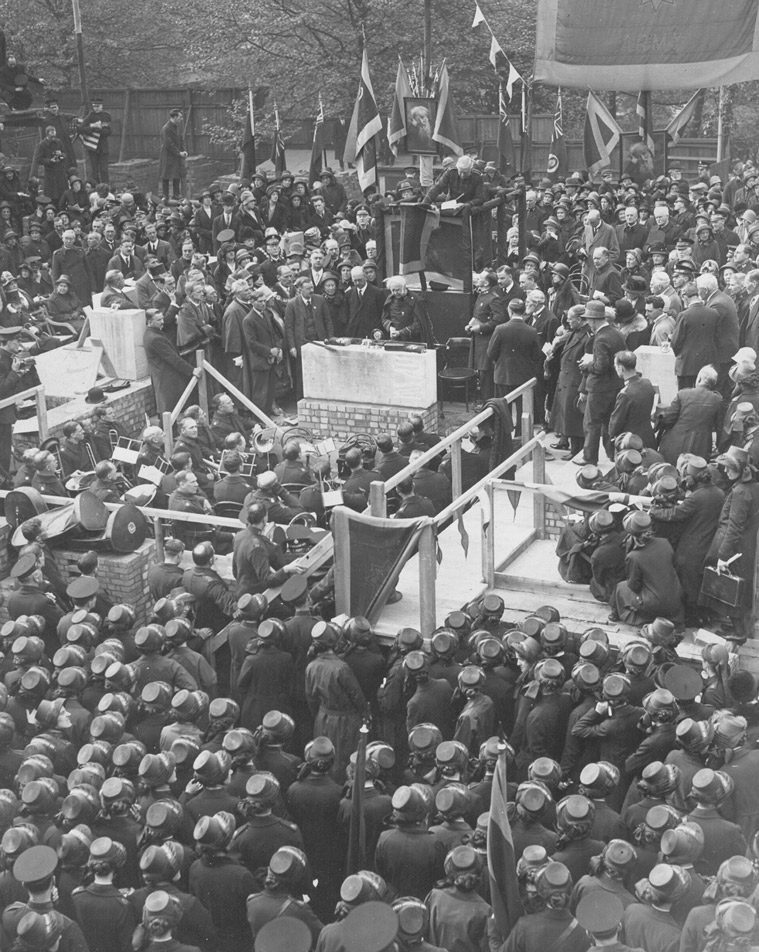 7. In May 1878, William Booth brought about a miracle by a stroke of his pen. Early one morning he was reviewing a printer’s proof of a report about his Mission. The main heading read: “The Christian Mission is a Volunteer Army.” After pondering for a few moments, William Booth struck out the word “Volunteer” and substituted for it the word “Salvation.” With that stroke of his pen, William Booth had given the Mission a new name. It had become The Salvation Army.

8. The consequences of the name change were dramatic. “From the moment that the Army had received its title its destiny was fixed,” records William T. Stead, the celebrated journalist and social reformer. “The whole organisation was dominated by the name.” A new energy was abroad. “An irresistible spiritual offensive swept over cities, towns and villages in every direction and set the whole country ablaze,” adds the Army’s official historian. The results of the name change were so astonishing that they defy human explanation.

9. Eight years later, in 1886, the now General William Booth presided over a Salvationist congress in London which brought the results of the name change to the attention of the world. Let’s set the scene: During 13 years of ministry, The Christian Mission had transformed the lives of hundreds, but as a mission it remained small and obscure—and few had heard of its leader. By 1878, it had 31 full-time missioners working in 29 stations. Within eight years of the change of name, the 29 missioners in Britain had become 2,260 Salvation Army officers, and the 29 stations had become more than 1,000 Salvation Army corps, with General Booth now being a nationally known figure. When during the congress 5,000 uniformed Salvationists marched through the city to the beat of 30 brass bands, the procession was a mile long, with 100,000 Londoners turning out to watch. And best of all, the Army had spread to 19 different countries—the U.S. being the first—so it was the Army’s first international congress. 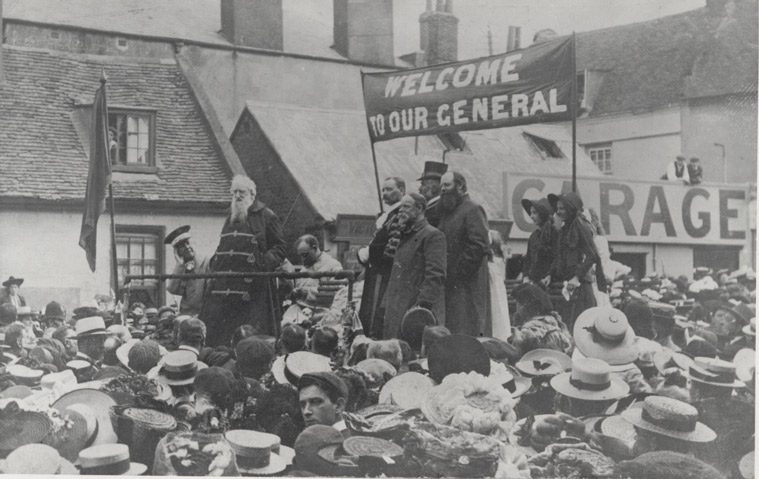 10. The previous year, in 1885, The Salvation Army had launched its first campaign for social reform when Bramwell Booth, the Booths’ eldest son and their Chief of Staff, organized a mass petition to parliament to have the age of consent raised. The delivery of the petition with 393,000 signatures was done with flourish. The separate papers were joined into one roll, which was two-and-a-half miles long when extended. This was placed in an open horse-drawn vehicle and was delivered to parliament escorted by a 50-piece brass band. And it worked. The age of consent was raised from 13 to 16.

11. By the mid-1880s, The Salvation Army in Britain had begun in small ways to engage in social action initiatives such as transit lodges for released prisoners and rescue homes for “wayward” girls. But in 1888, a further decisive step was taken. On returning home late one night, William Booth saw men sheltering in the abutments of London Bridge, and told Bramwell the next morning to “go and do something” about it. Within seven weeks of that conversation, Bramwell had opened the first shelter for men. “Go and do something” became famous as the Army’s permanent marching orders for meeting all forms of human need.

12. Seven days after presiding over Catherine Booth’s funeral service, following her death on Oct. 4, 1890, when at the age of 61 she lost her battle with cancer, William Booth was again in the news. This time as the author of a blockbuster “In Darkest England and The Way Out.” The plans he unfolded therein were the ultimate expression of the “go and do something” principle. Readers identified with Booth’s description of the terrible living conditions of the “submerged tenth,” and were taken with his call for a Cab Horse’s Charter, whereby every citizen would be assured of what every London cab horse was guaranteed: “When he is down he is helped up, and while he lives he has food, shelter and work.” William Booth’s three-fold plans for City, Farm and Overseas Colonies were bold and visionary—with the first two aspects being exportable to other countries, as they were to the U.S. Expressions of approval came from all sides. Said one commentator: “There will always be the submerged tenth, and we must leave them to The Salvation Army.” 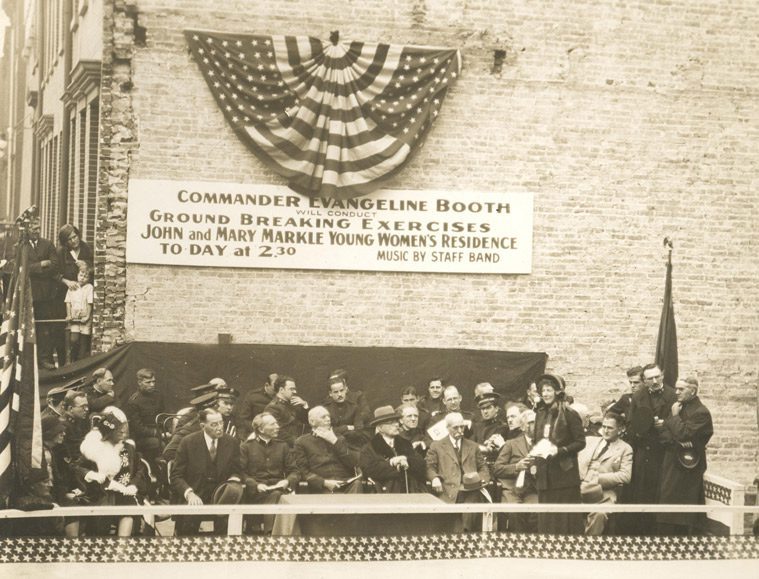 13. Through the Darkest England scheme of 1890, William Booth announced to the world that his Army now officially embraced a two-fold mission—it existed not only to save souls but also to serve suffering humanity. The salvation proclaimed by The Salvation Army included the temporal. And the implementation of the scheme was so successful that the Army virtually rebranded itself. In the eyes of the public, the Army’s image went from that of a slightly eccentric evangelistic movement to that of a high-powered agency for social action and reform. And so effective was this unintended rebranding that to this day most people think of the Army as an organization that “does good work.”

14. In addition to being world-renowned evangelists and social reformers, William and Catherine Booth were also outstanding parents. They had eight children, three boys and five girls, all of whom lived to adulthood and all of whom became Salvation Army officers. The first to die was Emma, their fourth-born, who died at the age of 43. She was known as Emma Booth-Tucker following her marriage to Commissioner Frederick Tucker. They were joint National Commanders of the Army in the U.S. when in October 1903 she was killed in a major train disaster near Dean Lake, Missouri. Several passengers were injured, but Emma was the only fatality. Not only the family and the Army were stunned, for so well-known were the Booth-Tuckers for the way they had championed the Army’s social work, that the nation as a whole grieved.

15. The Booth-Tuckers’ predecessors as leaders of the Army in the U.S. were Commissioners Ballington and Maud Booth. Ballington was the Booth’s second-born, and when in 1887 he and his wife were appointed as joint National Commanders in the U.S., at the age of 29 and 21 respectively, the American Salvationists rejoiced. The Ballington Booths loved America, and when after nine years in command they received farewell orders, they decided to resign their officership rather than leave the country they had made their own. Ballington founded Volunteers of America and became their first General. General Ballington Booth led the Volunteers for more than 40 years. When he died in 1940, his wife Maud succeeded him as General. 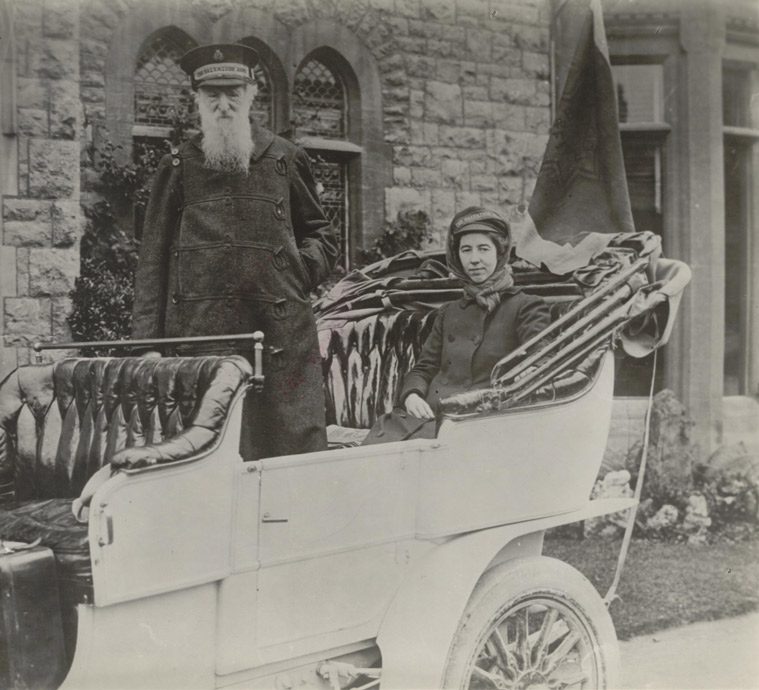 16. The Booth’s seventh-born, Eva, was the most brilliant of their children. Born a redhead she was to display in her life many of the characteristics popularly linked with that color of hair. But after being struck with a virulent form of scarlet fever when she was 20, she lost her hair forever, and from then on wore a demure dark wig. Eva was William Booth’s fixer. Whenever and wherever a problem arose his remedy was to “Send Eva”—and she would invariably solve the problem. She was appointed National Commander of the Army in the U.S. in 1904, at which time she adopted the name of Evangeline. She pioneered the Army’s emergency relief services by her leadership of the Army’s response to the San Francisco earthquake in 1906. She remained the National Commander for 30 years until she was elected General in 1934.

17. When on Aug. 20, 1912, William Booth was promoted to Glory, not only did 35,000 people cram into the exhibition center Olympia for the funeral, but London came to a standstill for the funeral march. As 7,000 Salvationists, including 40 brass bands, wended their way from International Headquarters to the Abney Park Cemetery, thousands of other Salvationists formed honor guards along the four-mile route. Tributes poured in from kings and queens and leaders of nations as well as from countless people whose lives had been transformed through the ministry of Booth’s Salvation Army. The pawnbroker’s assistant had come a long way.