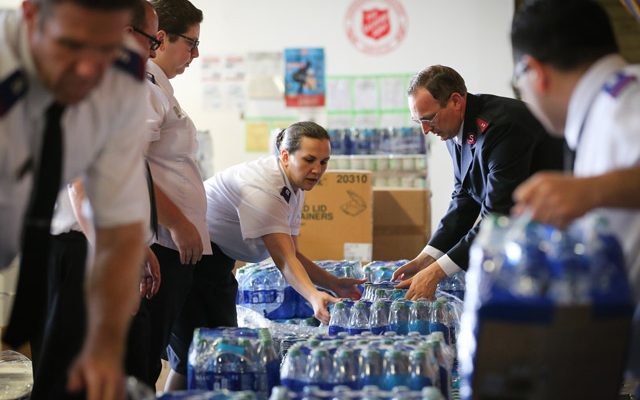 In the wake of the COVID-19 pandemic, The Salvation Army continues to house the homeless, feed the hungry and meet human needs in every respect. If you’re in need, please call your local Salvation Army or find a location near you at westernusa.salvationarmy.org.

1. Opening community centers with childcare for first responders.
The Salvation Army Phoenix South Mountain Ray and Joan Kroc Corps Community Center in Arizona, with clearance from the Department of Health, is offering childcare to first responders for kids ages 5 and up, free of charge. Captain Caroline Rowe, the center’s administrator, reached out to the local hospital with the offer.

“I talked to several people at the Mayor’s Office, I talked to the PIO for the City of Fairfield, and they were just incredibly grateful that we were even offering this service,” he said. “Kids may not be going back to school at all this year, so we’re constantly evaluating everything, but please keep all of the operations across the country in your prayers.”

2. Assigning all pastors as disaster responders.
All Salvation Army officers, or pastors, are now serving as Emergency Disaster Services (EDS) responders, including those in training to become officers. The cadets in training served at Bell Shelter in Bell, California, the week of March 16 in the shelter’s Emergency Disaster Services warehouse, prepping supplies for use in communities across the west.

“I know that there’s going to be a lot of need,” said Cadet Amber Herzog. “I think being able to pre-stage out and get ahead of the demand is really important because then we are being proactive about it and when there’s need we’re able to just jump in our van and take it straight to them as opposed having to scramble and see what we have and then we’re making sure each corps has what they need.”

3. Delivering P.O. box mail.
With so many households self-isolating in the Coeur d’Alene, Idaho, area, mail was building up in post office boxes at the Post Office, which in turn asked The Salvation Army to assist. The Post Office has since approved representatives of the Coeur d’Alene Kroc Center to deliver U.S. mail to people at home.

4. Serving in natural disasters.
In the midst of ramping up services to respond to the coronavirus, a 5.7 magnitude earthquake shook Salt Lake City March 18, resulting in power outages across the region—including at The Salvation Army. Despite the outage, the Salt Lake City Corps gave out 89 boxes of food to members of the community when they typically distribute 20 a day. They also delivered 400 meals from the local Texas Roadhouse to the emergency shelter at Taylorsville High School—the only shelter open in the area. The Salvation Army partnered with the restaurant to purchase the food at a discounted rate.

“We intentionally went to a business that we knew could benefit from us buying meals so that we could put money back into the community that way,” said Captain Rob Lawler, Salt Lake City Corps Officer and County Coordinator.  “And they were happy to work with us.”

The previous evening, The Salvation Army was called to the scene of a wildfire that ravaged through Jefferson County, Colorado, right outside Conifer, alongside emergency first responders.

“Of course, they are always happy to see us. But it was another level of happiness,” said Ian Anderson, Intermountain Division EDS Director. “I don’t think they expected us to come out. I think a lot of the first responders are feeling…like they’re out there on their own. They were really happy to see us there to simply just be there for them.”

5. Offering digital worship for all.
Salvation Army corps, or churches, throughout the western U.S. have made adjustments to worship gatherings, streaming services via Facebook Live or conducting Bible studies via conference call. The territory is also providing a weekly worship service program for virtual worship for anyone who wants to join in.

6. Delivering meals to kids at home.
The Estrella Mountain Corps in Avondale, Arizona, is focusing on meal delivery to families who cannot get to the schools for pick up. More than 300 meals were delivered in just one day this week to kids and others who needed lunch.

“Our main focus is getting meals to kids who are home. Our first plan was to get those to the kids in our after-school program and their siblings because most of them come from families with at least six kids in the home but it goes up to 12 kids in one family,” said Corps Officer Captain Stacy Antonovich. “The school is offering both breakfast and lunch, but each child has to be present at the school at two separate times a day to get those. With parents working that means those kids would be walking back and forth twice a day which doesn’t help minimize the points of contact and isn’t safe for the kids.”

7. Offering curbside pickup of food boxes.
In Santa Fe, New Mexico, The Salvation Army partnered with Santa Fe Public Schools Communities in Schools and Hope Unlimited Church to provide extended breakfast and lunch distribution to kids in a curbside pickup format in at least seven area locations through early April. Corps Officer Lt. Immanuel Beeson said the Santa Fe Corps is also dropping off meals throughout the community for those in need.

“Today was a good day,” Beeson said March 17. “We were able to deliver approximately 393 meals to children in need. Tomorrow we do it again!”

8. Dropping off fun activities at the door.
In Roseville, California, The Salvation Army is calling on symptom-free volunteers to pack lunch and activity bags for kids that will be distributed each Thursday to their homes, along with food bags for seniors in need. The bags for those ages 4–17 will have a different theme each week, from St. Patrick’s Day to welcoming spring, animal fun and Easter. Next week, a mini pot, soil and seeds will encourage the kids to plant.

“We originally wanted to do a mini-day camp for kids out of school but shifted to these deliveries to keep things light and fun for the kids and work within city recommendations for gatherings,” said Lt. Stephanie Pavlakis, Roseville Corps Officer, who is working with the local school district to ensure helpful materials are sent home to kids. “I have two little ones, so I know a whole day locked in the house can feel like a lot. So we thought of this with a goal to ease the burden for the parents a little bit.”

They’ve pulled out leftover items from school drives, vacation Bible schools and other donations to use. Five members of the corps and advisory board signed up to pack the bags this week and another five to make deliveries.

“Our drivers will wear Emergency Disaster Services vests and it might have to be a no contact drop off, but we’re hoping to greet at the door to say hi,” she said. They opened sign ups to the community, advertising via Facebook and a press release. “We want to keep the kids connected to us and remind them we’re a safe place and safe people for them. Expanding beyond that, we hope to introduce other families to programs The Salvation Army has to offer and keep kids entertained with simple, fun things.”

9. Providing fresh produce and diapers.
With a “shelter in place” directive in Santa Cruz County in California, The Salvation Army is continuing to shelter more than 120 people a night, providing a daily breakfast and dinner.

“We are encouraging our homeless friends to shower as often as available and wash hands regularly,” said Captain Angel Marquez, Corps Officer and County Coordinator, noting two handwashing stations recently received from the city for the building entrance.

Emergency food bags continue to be available to the general public and the weekly fresh produce was distributed March 17.

“Usually the produce is ‘farmer’s market’ style, but we pre-bagged and gave out the groceries at the door,” Marquez said. “We were also blessed to begin a new partnership a few months ago with the local Nazarene Church. They felt God calling them to give out diapers and contacted us to distribute them. Because of their diaper donations, we have been able to supply over 25 families with diapers when store shelves were empty. We have more diapers and will continue to give them out as long as we have them available.”

10. Housing travelers in need.
The state of Colorado asked The Salvation Army to house ski season visitors who have been unable to return home and to feed families quarantined in Vail. 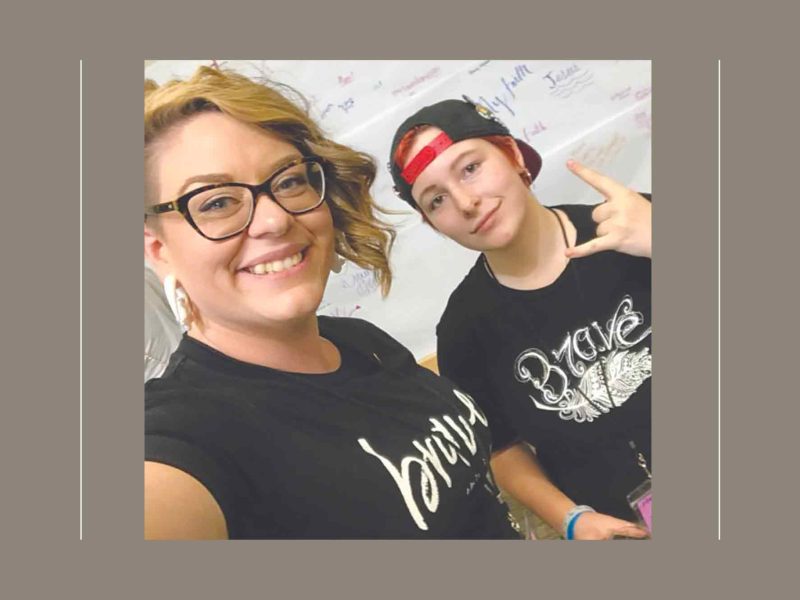