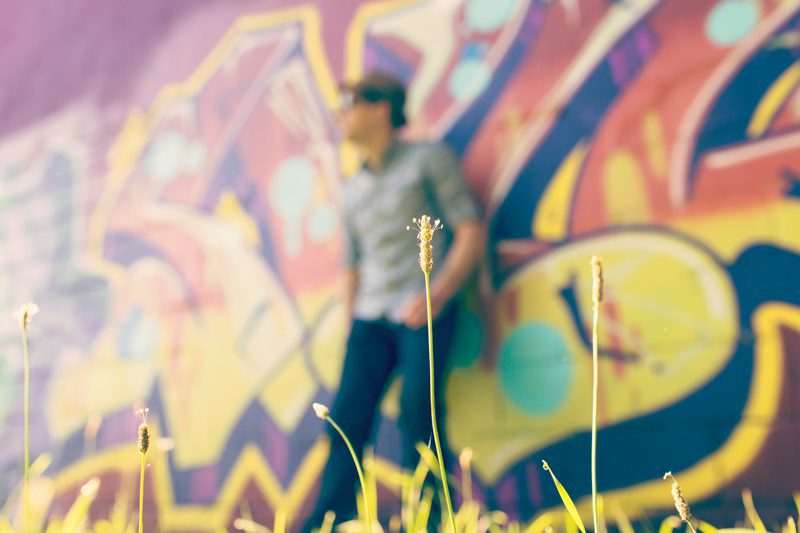 Charting the future of religion

While the altruistic impulse may be specially honored in many religions, it isn’t unique to them.

At the start of a typical evening at Monday Night Mission, volunteers wiped down tables on a terrace outside a Burger King near Our Lady of the Angels Cathedral in downtown Los Angeles. About 50 men and women—mostly young adults—gathered around the clean tables to prepare several hundred simple meals, which they then loaded into a van, along with the folding tables they would use to create an ad hoc feeding station.

A five-minute drive brought the van and the group’s small fleet of cars to a place that few Angelenos ever see: Sixth Street in the heart of L.A.’s notorious Skid Row.

The volunteers spent the next hour and a half feeding a steady stream of guests: regulars and newcomers; glassy-eyed addicts and grim-looking war veterans; a relentlessly cheerful woman with a developmental disability and a bald, stocky man who introduced himself as Telly Savalas.

“This is all about random acts of kindness,” said 31-year-old Michael Haytayan, who was marking his 10th evening as a volunteer with Monday Night Mission. “I dig it.”

Like many of the volunteers, Haytayan said he considers himself “spiritual but not religious,” and described the source of his impulse to serve as “just having a good heart.”

As the number of religiously unaffiliated young people continues to grow—estimates from Pew Research Center suggest that a third of Americans under 30 are religious “nones”—service-oriented groups have begun to flourish that are designed to attract volunteers from a wide array of religious traditions, or from no tradition at all. Monday Night Mission, for example, began two years ago as a gathering of a handful of participants on Monday nights and has grown into an altruistic movement with 300 members spread over five nights a week.

The correlation between these two trends is not hard to discern. Data from Pew also highlight the fact that young adults are leaving organized religion not because they are uninterested in spirituality or collective responses to suffering but because, from their point of view, concerns about politics and doctrinal purity have eclipsed compassion for others in the life of most religious institutions.

After all the supplies were distributed and the night’s crew had returned to the parking lot at Burger King, Mel Tillekeratne, the founder of Monday Night Mission, spoke about the group’s origins and the philosophy behind the movement.

“It was just a matter of driving down Skid Row at night by mistake,” Tillekeratne said. That wrong turn exposed him to “a different dimension” of the city he had moved to six years earlier from his native Sri Lanka.

Though the shock of discovering L.A.’s enormous homeless ghetto prompted the kind of response that is often associated with the missionary impulse in temple, mosque or church groups, Tillekeratne deliberately distances himself from any kind of religious association. Like many of the young adults who volunteer their service to Monday Night Mission, Tillekeratne—who’s 32 and grew up Buddhist—said he’s “not a fan of organized religion,” particularly missionary groups who intertwine feeding Skid Row’s thousands of homeless residents with proselytism.

“The key factor is you’re helping a person right in front of you,” he said. “It’s that direct contact that’s important. The religion aspect is completely removed. This is about people on an equal level meeting each other and sharing food. Simple as that.”

Even volunteers who identified with a particular religious tradition—there were Catholics, Protestants, Buddhists, a Muslim and a Baha’i among the couple of dozen people I spoke to—tended to distinguish that identity from the impulse that had prompted them to volunteer.

“I’m Christian, but I don’t come here for religious reasons,” said Rachel Robus, a teenage volunteer who learned about Monday Night Mission through her church. “I just want to give back to people who really need it.”

The service-oriented spiritual diversity of Monday Night Mission is striking, but it is by no means unique. Similar groups like Laundry Love, The Burrito Project and Share-A-Meal have also begun to thrive just as the rising number of religiously disaffiliated Millennials has started to attract attention from scholars and journalists.

“Why food?” asked Courtney Bender, a professor of religion at Columbia University. “There’s something very elemental about making and sharing food that looks like deep religious practices. Why are all these young people who are otherwise not doing anything religious, or who say they are ambivalent about organized religion, making this elemental practice a central piece of their lives?”

Bender, whose book Heaven’s Kitchen: Living Religion at God’s Love We Deliver chronicles a service group that emerged at the height of the AIDS epidemic, sees a historical “space of critique” stretching from contemporary organizations like the Burrito Project to God’s Love We Deliver in the 1980s to Social Gospel activists in the early 20th century. She said that the groups that occupy such a space often have religious origins but are very reluctant to push those identities, both for practical reasons and as a way of critiquing the larger relationships among politics, service and spirituality.

“God’s Love was started by a woman with a strong spiritual calling,” Bender said. “But churches weren’t doing anything for people with AIDS. So in that crisis moment, they said ‘who cares what religion you are? Come over here and let’s feed these people.’ Our message is the food that we give.”

Bender’s comment points toward the element of these religiously and irreligiously diverse groups that is essential to understand: far from repudiating the moral and social value of selfless service, many young people are leaving pews and prayer halls precisely because they feel they must seek those values elsewhere.

Grasping that reality is indispensable for anyone interested in revitalizing religious institutions that are in decline or discerning the features that will characterize the new movements that will likely take their place.

“Young adults aren’t interested in church the way it used to be,” said Greg Ronning, a Lutheran pastor in Orange County whose church members regularly participate in a Laundry Love event in Huntington Beach, Calif. “For us the key was finding a community engagement piece. The diversity in the volunteers is important too. You don’t have doctrinal debates. You just do [service for others].”

On a recent Thursday night, a group of about 75 volunteers for the Burrito Project commandeered the kitchen and fellowship hall at the Church of the Epiphany to make 1,000 burritos to distribute to the homeless on L.A.’s Skid Row. That undertaking was laudable enough, but the Burrito Project’s founder has a broader vision for the movement that he has sparked.

“The biggest thing is to inspire people to find the need in their community and start a project of their own,” said Alan Pinel, an architect, dance instructor and musician who organized the Burrito Project seven years ago. “I want them to become autonomous, then inspire others.”

According to Pinel, the propagation of the Burrito Project’s organizational DNA has already begun. In addition to the initiative that has taken root in Lincoln Heights, there are smaller but growing projects in Downtown L.A., Long Beach, Santa Monica and Bakersfield.

In this way, the Church of the Epiphany—an outpost of a declining mainline Protestant denomination as well as a storied locale in L.A.’s Chicano history—has become an incubator for one of the movements that will likely shape the city’s religious future.

DO GOOD
-Explore the Pew Research Center’s latest numbers, facts and trends shaping the world of religion and public life in the U.S., and the Pew-Templeton Global Religious Futures Project.
-Visit the University of Southern California Center for Religion and Civic Culture for current research and resources.

Following a decade of headlines about the growth of religious “nones,” some of the most recent surveys from Pew have shown that religion is losing its influence in American public life, and that most Americans believe this loss of influence is an ominous development.

But religious disaffiliation is a liability for civil society only if we assume that the impulse toward compassion and selfless service is lost when people leave institutional forms of religion. The dramatic growth of service groups that are attracting religious “nones” suggests that while the altruistic impulse may be specially honored in many religions, it isn’t unique to any of them—or, for that matter, to institutionalized forms of religion.

Thus, far from sounding the death knell of the spirit of civic-mindedness that marked the heyday of institutions like the Church of the Epiphany, “nones”-friendly service groups are arguably charting a course for religious innovation. The primary guideposts marking this path: determine the needs of the most marginalized residents of your city, welcome all comers in finding volunteers to meet those needs and make this commitment to open-hearted service the organizing principle of your religious community.

Service-oriented “nones” are offering the religious institutions they have abandoned a timely reminder of what religion is supposed to be about.

💪 Growth: Finding love in the midst of heartbre

❤️ Community: A tip for better expressing each