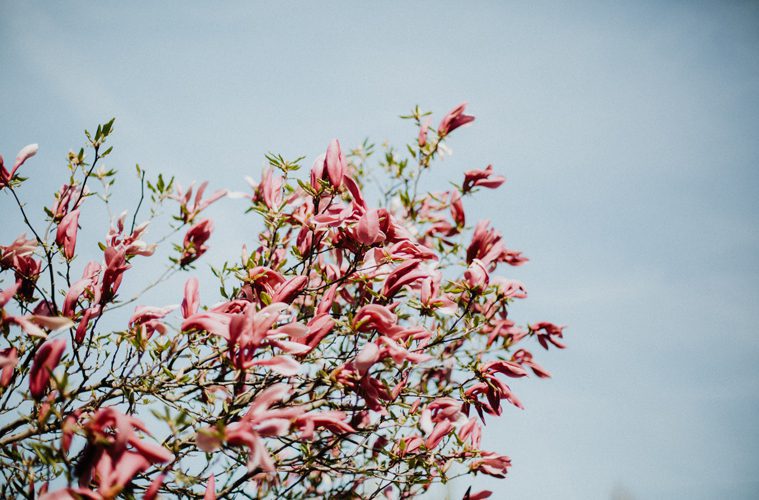 Written with hope: a Genesis Bible study on chapter three

A Scripture study from Caring, part three of three

Read what Scripture says in Genesis 3.

This is it. The final moment. The ending act. We’re no more than three chapters into the story of how creation is created…when it all goes to pot.

At the introduction of possibility, sprouting from a craftily planted seed of doubt, growing from mounting curiosity and wonder, enters…sin. Broken fellowship, shalom interrupted, perfect peace but a mere pipe dream. Desire was realized and as Scripture says, “…[Eve] took some of the fruit and ate it. Then she gave some to [Adam], who was with her, and he ate it, too.  At that moment their eyes were opened, and they suddenly felt shame at their nakedness (Genesis 3:6b-7).

The woman was convinced. She saw that the tree was beautiful and its fruit looked delicious, and she wanted the wisdom it would give her…

Eve was convinced that the fruit she was warned away from would be beneficial to her. What have you been “convinced” of lately that that stems from a want-centric, self-centered, fear-based pattern of thinking?

In their shame, Adam and Eve hide, only to still be discovered and desired by the Creator God. Genesis 6:9 says, “The Lord called to the man, ‘Where are you?’” In his love for them, God finds them.

In their frustration, Adam and Eve blame each other, only to have God first address the snake and his influence on his beloved. The man replied, “It was the woman you gave me who gave me the fruit, and I ate it.” Then the Lord God asked the woman, “What have you done?” “The serpent deceived me,” she replied. “That’s why I ate it. Then the Lord God said to the serpent, ‘Because you have done this, you are cursed…’” (Genesis 3:12-14).

In their nakedness, they realize their need for a covering. Scripture says, “The Lord God made garments of skin for Adam and his wife and clothed them…So the Lord God banished him from the Garden of Eden to work the ground from which he had been taken” (Genesis 3:21).

The first messianic prophecy (foreshadowing Jesus Christ the Messiah) is written within the first few pages of the Old Testament. The first glimpse at The Gospel (the Gospel), if you would.

In their rebellion, Adam and Eve receive heavy consequences that would carry on from generation to generation. And then God says…“You have to go.” It was no longer possible for Adam and Eve to share in this perfect fellowship with God, in this way, in this place. Mercy gives ways to hope.

This moment in history looks so much more like rejection than provision. Like everything lost than anything gained.

Yet, three chapters in…God has already made a new way. A plan. A plan wrought with mercy and overflowing with hope. A chance to fully restore shalom to his created world, again. An opportunity for broken fellowship with the triune God to be repaired. This restoration would take years and suffer iteration upon iteration of covenant making / breaking / and keeping, rule following and law-abiding. And after many failed attempts at being made right with a Holy God, Jesus would come as The Way (the only way) and as the singular source of hope for all humanity.

And so it ends. A story of hope is written. A story that began with three little words—“In the beginning…”—and carries on for just three chapters, sets the entire stage for a tremendous journey to come. Hope is found here. Scripture is bursting at the seams with story after story of God’s steadfast love for a wildly rebellious people. At the inception of disobedience, humanity fell and would continue to struggle from generation to generation to love God with their whole hearts, to listen and obey and to hope in him (and him alone), no matter the circumstances.

Redemption is written within these sacred pages. Restart (can anyone say, “do over!”) is plastered between paragraphs detailing stories of failure and defeat. Hope is made available at the intersection of giving in and giving up. But God himself invites us in and beyond the pages of the beginning into a story that says there’s more beyond The Garden.