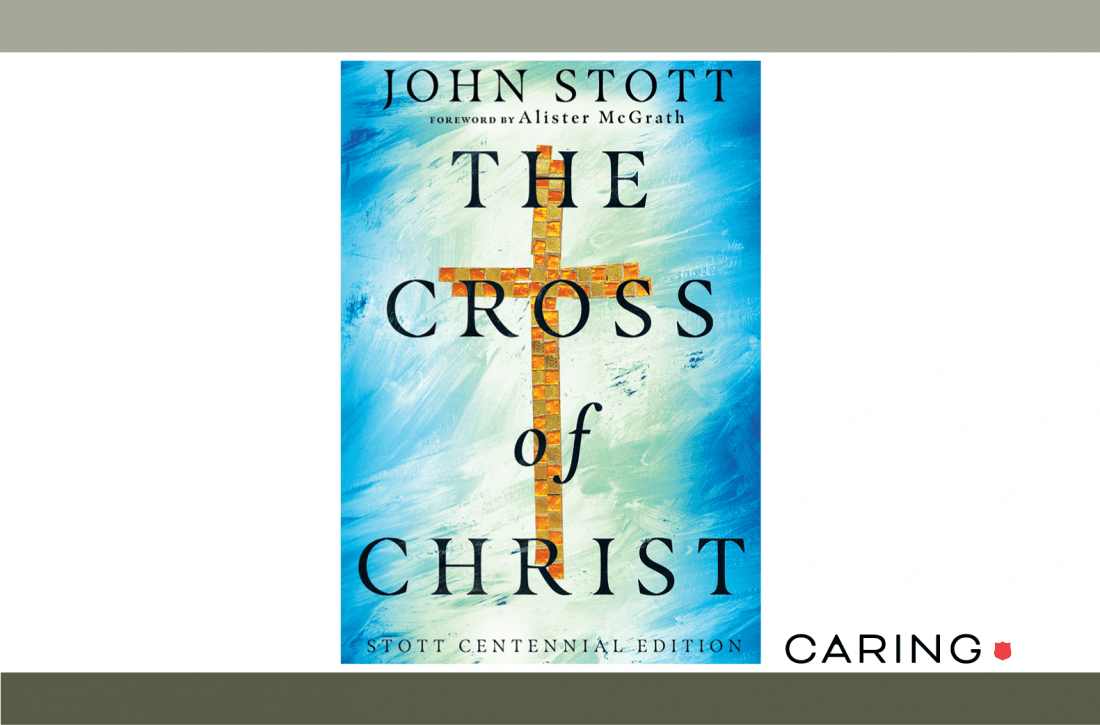 There are two critical facts about the cross. First, its central importance (to Christ, to his apostles and to his worldwide church ever since), and second, its deliberate character (for, though due to human wickedness, it was also due to the set purpose of God, voluntarily accepted by Christ who gave himself up to death).

But why? What was there about the crucifixion of Jesus which, in spite of its horror, shame and pain, makes it so important that God planned it in advance and Christ came to endure it?

First, Christ died for us. In addition to being necessary and voluntary, his death was altruistic and beneficial. He undertook it for our sake, not for his own, and he believed that through it he would secure for us a good that could be secured in no other way. The Good Shepherd, he said, was going to lay down his life “for the sheep,” for their benefit. Similarly, the words he spoke in the upper room when giving them the bread were, “This is my body given for you.” The apostles picked up this simple concept and repeated it, sometimes making it more personal by changing it from the second person to the first: “Christ died for us.” There is no explanation yet and no identification of the blessing he died to procure for us, but at least we are agreed over the “for you” and “for us.”

Second, Christ died for us that he might bring us to God (1 Pet. 3:18). The beneficial purpose of his death focuses down on our reconciliation. As the Nicene Creed expresses it, “for us [general] and for our salvation [particular] he came down from heaven.” The salvation he died to win for us is variously portrayed. At times it is conceived negatively as redemption, forgiveness or deliverance. At other times it is positive—new or eternal life, or peace with God in the enjoyment of his favor and fellowship. The precise vocabulary does not matter at present. The important point is that it is in consequence of his death that he is able to confer on us the great blessing of salvation.

Third, Christ died for our sins. Our sins were the obstacle preventing us from receiving the gift he wanted to give us. So they had to be removed before it could be bestowed. And he dealt with our sins, or took them away, by his death. This expression “for our sins” (or very similar phrases) is used by most of the major New Testament authors; they seem to have been quite clear that—in some way still to be determined—Christ’s death and our sins were related to each other. Here is a sample of quotations: “Christ died for our sins according to the Scriptures” (Paul; 1 Cor. 15:3); “Christ died for sins once for all” (Peter; 1 Pet. 3:18); “he has appeared once for all . . . to do away with sin by the sacrifice of himself,” and he “offered for all time one sacrifice for sins” (Heb. 9:26; 10:12); “the blood of Jesus, [God’s] Son, purifies us from all sin” (John; 1 Jn. 1:7); “to him who loves us and has freed us from our sins by his blood . . . be glory” (Rev. 1:5-6). All these verses (and many more) link his death with our sins. What, then, is the link?

Fourth, Christ died our death, when he died for our sins. That is to say, granted that his death and our sins are linked, the link is not merely that of consequence (he was the victim of our human brutality) but of penalty (he endured in his innocent person the penalty our sins had deserved). For, according to Scripture, death is related to sin as its just reward: “the wages of sin is death” (Rom. 6:23).

The Bible everywhere views human death not as a natural but as a penal event. It is an alien intrusion into God’s good world, and not part of his original intention for humankind. To be sure, the fossil record indicates that predation and death existed in the animal kingdom before the creation of man. But God seems to have intended for his human image-bearers a more noble end, akin perhaps to the “translation” that Enoch and Elijah experienced, and to the “transformation” that will take place in those who are alive when Jesus comes (see Gen. 5:24; 2 Kings 2:1-11; 1 Cor. 15:50-54). Throughout Scripture, then, death (both physical and spiritual) is seen as a divine judgment on human disobedience. Hence the expressions of horror in relation to death, the sense of anomaly that humans should have become “like the beasts that perish,” since “the same fate awaits them both” (Ps. 49:12, 20; Eccles. 3:19-21). Hence too the violent “snorting” of indignation that Jesus experienced in his confrontation with death at the graveside of Lazarus. Death was a foreign body. Jesus resisted it; he could not come to terms with it.

If, then, death is the penalty of sin, and if Jesus had no sin of his own in his nature, character or conduct, must we not say that he need not have died? Could he not instead have been translated? When his body became translucent on the occasion of his mountain-top transfiguration, were the apostles not given a preview of his resurrection body (hence his instruction to tell nobody about it until he had risen from the dead, Mk. 9:9)? Could he not at that point have stepped straight into heaven and escaped death? But he came back into our world in order to go voluntarily to the cross. No one would take his life from him, he insisted; he was going to lay it down of his own accord. So when the moment of death came, Luke represented it as Jesus’ own self-determined act. “Father,” he said, “into your hands I commit my spirit” (Jn. 10:18; Lk. 23:46). All this means that the simple New Testament statement “he died for our sins” implies much more than appears on the surface. It affirms that Jesus Christ, who being sinless had no need to die, died our death, the death our sins had deserved.

John Stott (1921-2011) was rector emeritus of All Souls Church, Langham Place, London, and founder of the London Institute for Contemporary Christianity.