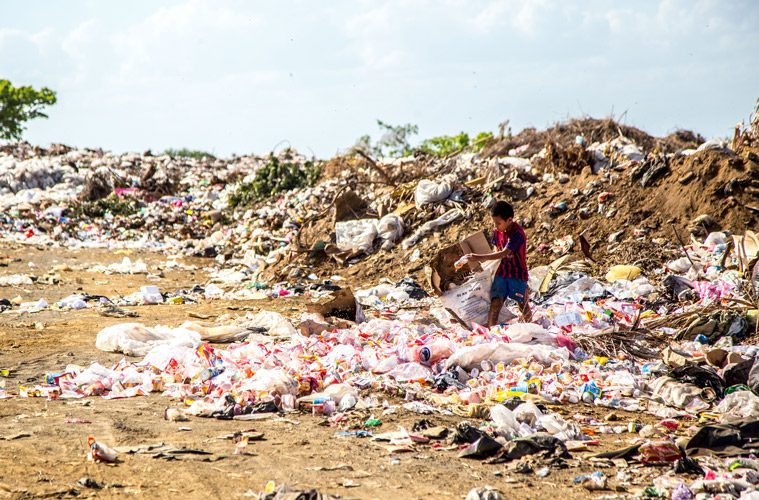 We need to care more about the environment

“We know that the whole creation has been groaning together with labor pains until now” (Rom. 8:22 CSB).

In some parts of the world, young people will sit around a campfire at night and sing. They are often meaningless, but fun songs. One of those songs has lyrics that go like this:

There are other verses in the song that make it even sillier and fun to sing. However, the song has taken on grim international realities in recent months.

Nations like the Philippines and Malaysia have declared that their “backyard is full.” It’s full of garbage from other nations. For a period of time, some nations have offloaded their garbage to Asian nations because it was less expensive than trying to do something with it at home. When we recycled our garbage we thought we were helping the environment. As it turns out, we were simply shifting the problem. Now these nations are saying “enough is enough.”

It’s also a reality that garbage is not only a land mass issue; it’s poisoning our oceans. It is estimated that there is an accumulation of plastics in the Pacific Ocean between Hawaii and California equal to an area three times the size of France. It’s called the Great Pacific Garbage Patch. The Apostle Paul once described God’s created world as “groaning” (Rom. 8:22). Turtles, whales, dolphins and birds are groaning under the garbage that has formed in our world’s oceans.

We are in this matter together with the whole of humanity. But as Christians, as Salvationists, we have a unique responsibility. We live in God’s good world: “God saw everything He had made and indeed, it was very good” (Gen. 1:31 CJB). The Indian Ocean, the Danube River, the Swiss Alps, Mount Kilimanjaro and the Canadian Prairies constitute God’s good world. It’s the world God has called us to care for. Made in God’s image we have been called to be stewards of God’s creation, not its exploiters (Gen. 1:26-28).

For this reason, The Salvation Army has developed an International Positional Statement that expresses the following:

“The Salvation Army believes people are made in the image of God and have been entrusted with the care of the Earth and everything in it…. Sustainable environmental practices are required to meet today’s global needs and aspirations without compromising the lives of future generations.”

Like many of you, my wife and I have grandchildren we deeply care for. One of the ways we will care for our grandchildren is by caring for the Earth, including its oceans.

We may think that the individual gestures we make will do little to counter the damage already done. Let’s remember the images of smallness Jesus uses to describe the caring actions of his followers: salt, yeast, mustard seed…. Let’s also imagine the international Salvation Army acting together. What might be our collective impact if every ministry unit was more responsible with its garbage? What might be our collective impact if every one of us imagined ways that we might work out our salvation with God’s good creation in mind? Let us care for God’s good world as a reflection of God’s good care for us.

“Rest for the ravaged earth, oceans and streams

Plundered and poisoned – our future, our dreams.

Make us content with the things that we need.”

– Graham Kendrick, “God of the Poor (Beauty for Brokenness)”

General Brian Peddle is the international leader of The Salvation Army, which operates in 131 countries worldwide.