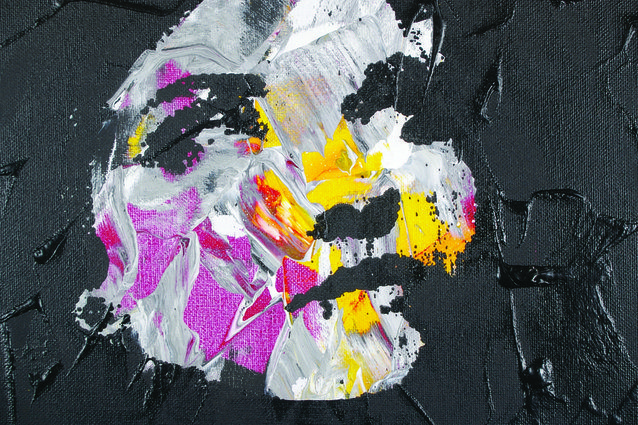 “When I tried to get my things, I was stabbed almost to death,” Isabel said. “I was in the hospital for two months and I couldn’t walk for a year and half. They hit major arteries and nerves.”

Isabel was born in Chicago, Ill. At 8 years old, she was taking her clothes off in underground clubs at private residences to make additional money. Her parents fought often, which later led to her father kicking her mother and siblings out of the house when she was just 14. Living on the streets with no income, Isabel was especially vulnerable to recruitment into prostitution by sex traffickers.

Lisa Thompson, liaison for the abolition of sexual trafficking for The Salvation Army, has worked in anti-trafficking for 14 years. “At this point law enforcement is identifying more cases of sex trafficking, and of those an overwhelming percentage of victims are from the U.S.,” Thompson said.

She explained the common paths of entry for recruitment of girls in three broad categories: the pimps and boyfriends, girls who are already in the sex trade who recruit other girls, and family members—including sisters, brothers, uncles and even mothers who will involve their own children in prostitution.

Isabel was lured into the sex trade by a friend and someone who she thought was her boyfriend at age 14. She was prostituted seven days a week and couldn’t see a way to escape.

“Sometimes you have your bad days where you’re sad and sometimes you have the days when you just want to leave,” Isabel said. “Then at the end of the day you still adapt to the environment, whether you want to be there or not. You learn how to survive.”

After getting pregnant by her boyfriend/pimp at 17, she decided she wanted out for the sake of her unborn child. Her pimp did not want that to happen; he and an accomplice stabbed her multiple times and left her at the hospital, bleeding.

While recovering, a Federal Bureau of Investigations (FBI) agent gave Isabel information about The Salvation Army’s STOP-IT Initiative Against Human Trafficking. STOP-IT began in 2007 and currently has four full-time managers who work with approximately 30 clients who are victims of trafficking.

Pilar Dunning, program manager for STOP-IT, explained that the initiative is designed for short-term case management. It provides emotional and financial support so that victims can become self-sufficient, and collaborates with local law enforcement and the county state attorney’s office to help provide legal aid for trafficking victims.

“Most of our clients are domestic clients, so they’re from the United States and Chicago,” Dunning said. “Most of them are in pimp-controlled prostitution. There’s also a lot of minors in Chicago, where it’s kind of just the cultural norm for the area.”

According to Innocence Lost, a national initiative of the FBI, Chicago has one of the highest number of cases for prostituted children.

Hoping to stop this cycle and provide a better life for her child, Isabel contacted The Salvation Army. The STOP-IT program helped her get food, find new housing and enroll her in school. Elyse Dobney, outreach worker for STOP-IT, works directly with Isabel to help with resources and provide emotional support.

“Elyse and I click like sisters,” Isabel said. “Unlike a lot of people when they talk to you, they only want to know what’s wrong and they don’t try to understand you. Elyse is able to understand me and she doesn’t judge me.”

With help from Elyse and law enforcement, Isabel said she is starting to feel safer knowing that her pimp is now behind bars—thanks in part to her testimony against him.

“I’m doing 100 times better than I would be doing if he would have never been convicted or put in jail,” Isabel said. “I feel semi-safe, but I’ll feel much better when I’m able to move away.”

Isabel is currently enrolled in a GED program at a community college and plans to continue her education after she relocates. She decided to study criminal justice in order to help people.

Despite the past, Isabel remains positive for the future. She has learned to forgive those who put her in harms way through her faith.

“One thing I’ve learned from a life of being in the streets is you learn to forgive very easily,” she said. “God doesn’t like people who cast stones, especially if I’m not a person who is clean of sin.

“The Salvation Army has helped me a lot, but you have to want to help yourself as well,” she said. “A lot of things don’t just change on their own. Change happens with change.”

Isabel’s name is changed in this story.

Not all sex trafficking cases are this extreme. If you or someone you know is in danger please contact the authorities. The anti-trafficking hotline number is 1-888-3737-888 and the new text number is 233733 (BeFree).