Toward a healthy Angola

After 27 years of war, Angola was broken in every sense of the word.

The Salvation Army was officially established in Angola as its own territory in 2008, after belonging to the Congo and Angola Territory since 1985. Since then, the territory went under the radar as communication became difficult, but it has been silently thriving amid difficult living environments.

“The Salvation Army in Angola is largely unknown,” said Major Debbie Horwood, command secretary for women’s ministries in Angola. “Though they have little resources and have had little support over the last 25 years, they have blossomed into a zealous Army that wants to expand to every province in the country.”

According to Horwood, people struggle with the poor infrastructure, water contamination, lack of electricity, and diseases on a daily basis in Angola.

“Life for the Salvationists in Angola is difficult given some of the realities in the ground in which we live,” said Fátima Lussueki, a soldier working on the polio project for The Salvation Army in Angola. “Though life can be challenging, God knows all and he will show us the way.”

Projects have surfaced in order to improve the quality of life of the Angolan people, while helping Salvationists spread their faith among the nation.

Bibles in Angola are scarce, not only because of their expense, but because of the diversity of languages present. Although many speak Lingala and Chokwe, the official national language of Angola is Portuguese. Horwood said that the Bibles are expensive and hard to acquire given the languages and location of Angola, and range from $20 to $25 each.

“There is a need for bibles in Angola,” said Evanho Kindombi, a Salvation Army soldier. “So many times [Angolans] go to church and listen to the preacher, but they cannot study it on their own because they don’t have the funds to purchase Bibles.”

Because of this need a campaign was launched to fundraise for Bibles in Angola. Horwood contacted people in the USA Western Territory and Netherlands for help, and raised $8,370. Horwood said that they will also receive help from the Gideons of Canada for the Chokwe Bibles.

“These Bibles will benefit the people in Angola by helping them learn the love of God,”  Lussueki said. “This is a need for Angolans, and we in the Army want people who don’t know God to have the opportunity to learn about him in the Scriptures.”

The USA Western Territory women’s ministries department (through the “Grace Upon Grace” project) sponsored a health chart program to prevent common health problems like malaria, diarrhea, and pneumonia, through health education and mobilization. The goal is to raise $15,000 for the project and the Netherlands Territory has also agreed to help fund it.

“My hope for the health chart project is that The Salvation Army be used by God through the vehicle of the women’s ministries department to help turn the tide on preventable illnesses and injuries,” Horwood said.

The health charts will have 10 lessons: malaria prevention, hygiene and diarrhea, safe motherhood, birth spacing and contraception, preventing HIV and AIDS, nutrition and growth, injury prevention, breastfeeding, and coughs and chest infections. The charts will be translated into Portuguese, and taught to the Angolan women using faith-based facilitation methods.

“[Health charts] will be used as a tool to not only touch physical lives, but also emotional, mental, and spiritual,” Horwood said. Through these charts, the women will work together to avoid preventable injuries and diseases, and maintain healthy families.

Along with these projects, other programs within the Angolan Territory include: adult literacy, Portuguese language classes for refugees, HIV awareness and care, sanitation and hygiene projects, and a partnership with the Angolan Ministry of Health for the eradication of polio and malaria. 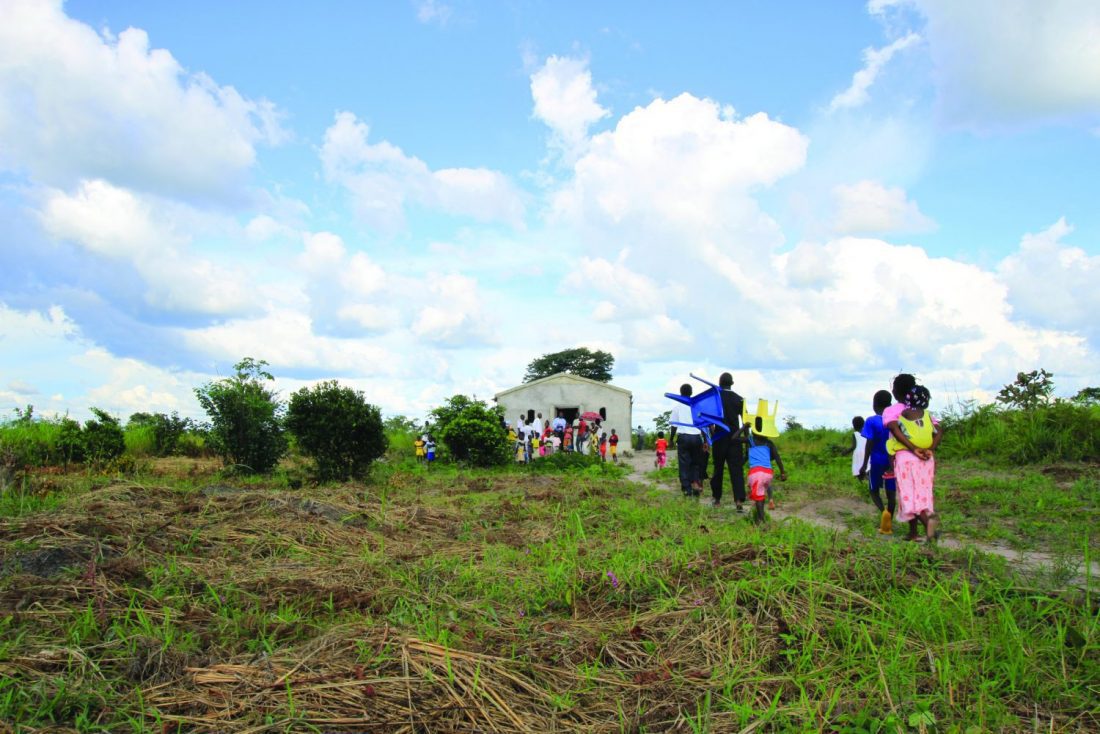 There is also a Salvation Army primary and secondary school in Luanda, along with a creche educational program in Moxico. Another primary school is being constructed in the northern part of Angola.

According to Horwood, the people of Angola are responsive to the Army’s ministry as they learn about it, and the territory has tight relationships with surrounding Christian churches.

“My desire for The Salvation Army in Angola is that God would be glorified because we are people of the word of God, and people who care for their communities,” Horwood said. “Heart to God, and hand to man.”