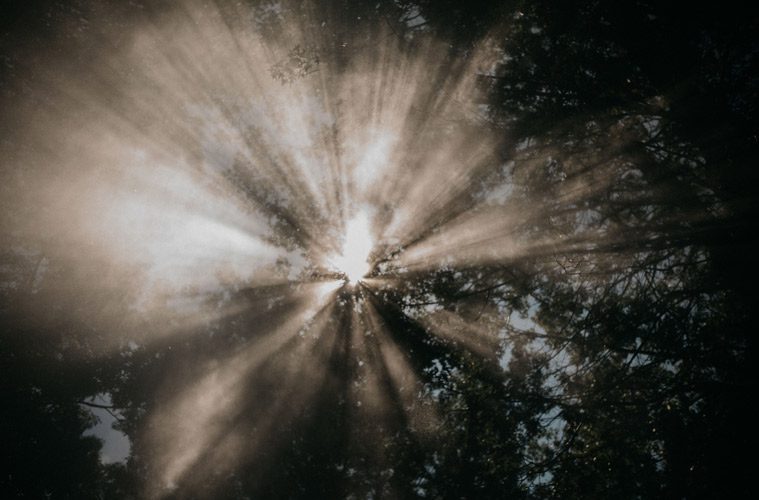 This man’s life changed with a bowl of soup

People called him  “Boxcar” Davis because he would rob trains of their cargo. After years of prison, drug and alcohol addiction, one act of kindness propelled Will Davis from rock bottom to the road to recovery. Watch the Share Change video of Will’s story about a life of crime, addition and family.

As a young boy, Will grew up in Chicago. His mom was strict. Even though she told him, “Stop stealing; don’t lie,” he did it all. When he was about 9 or 10 years old, he discovered marijuana through his mother’s cigarette pack.

‘I don’t know; you told me to go get it.” I’m following my big sister—that’s my heart.”

His other sister, Lois, described Will and Rosie as “two peas in a pod.” When Lois moved away, she took Rosie with her, splitting up the duo and leaving Will in Chicago alone with his mother. Lois said she always felt guilty about that.

“I felt a little abandoned, ’cause she used to fight a lot of my battles,” Will said.

Lois also said she wondered if  that’s why Will took the path he did, “acting out, ‘cause he was separated.”

Will said that’s when he got his first criminal record and became known as “Boxcar Davis; he could open the box cars on the railroad tracks.

“Everybody thought the older guys was the mastermind—how you gonna corrupt that little boy like that?,” Will said. “He’s the littlest…oh I’m the ringleader.”

Over the years, Will’s crimes escalated along with his alcohol and marijuana consumption. Then he discovered crack. He would recycle cans for cash; all he needed for a piece of crack was five dollars, he said.

He had a spot in the park where he’d sit, smoking crack and cigarettes, and drinking beer. He knew everybody out there.

“It was very embarrassing for me to be around any of my relatives that could see me doing anything, so I stayed away,” Will said. “My sister Rosie, she didn’t say she was battling cancer; she just said she didn’t feel good. She passed in 2016.”

Lois was ill, too.

“[Rosie] was gone, and I was in the hospital,” Lois said. “And so, he was on his own. He had done some really ugly things while I was sick that Christmas.”

Will was out of control.

“I’m just fiending,” he said. “I stole laptops, coffeemakers, printers—everything under the tree went into the crack man, smoked. My sister laying in the hospital; she dying—I didn’t care.”

“After all the crack glory, it came down,” Will said. “I looked at me: ‘What have you done? This is why you stay away from the people you love.’”

He wanted to end it all.

“I had a truck, old vintage K5,” he said. “I was cracked out, and I just went and crawled in it and wanted to die. My nephew, he found me in that abandoned vehicle over in Oak Park. All he said was ‘Uncle, what are you doing?’ I said, ‘I just wanna die, Del.’ He say, ‘You hungry?’ I said, ‘Yeah.’ He say, ‘I’m gonna go get you some menudo.’ He know that’s my favorite food.”

“I just pawned his printer—I just sold his printer his mama bought him and he fixing to buy me some food,” Will said. “That’s the power of God.”

When someone told him to call The Salvation Army, he thought, “Ain’t that that bell-ringing people?”

The Salvation Army welcomed him.

“By the grace of God, they said, ‘Come on down.’ In The Salvation Army everything they design is to lead you to Christ. Christ gonna show you the way. They explained that you are a child of God and he already had a plan for you. Get out of his way; follow his will. It’s such a simple thing.”

Will joined an electrician training program offered by The Salvation Army.

“I’ve actually witnessed when I put Jesus and God on my side, I’m invincible,” he said. “So I get out the way; I let God guide me.

“I did everything possible to do drugs and live; it didn’t work. So I had to quit the drugs. And the power the drugs had over me, the only power that was able to even give me any kind of relief was God. The only prayer I even half knew was half of the Serenity Prayer, which say, ‘God, grant me the serenity to accept the things.’ So I said, ‘God, grant me,’ and that’s all I knew.

“That was the day I first believed. See, I didn’t ask for nothing. I didn’t know nothing to ask for but I wanted to come to him, and I’ve been following ever since. Now I’m not perfect—I make mistakes, but that’s why I keep it simple. What would Jesus do? If I can’t answer that, I ain’t gonna do it.

“I did some terrible things, but the hardest thing for me is forgiving myself. God forgave me, so I gotta keep trying to forgive myself.”

Lois said she thinks Will is going to be just fine.

Will said he’s sticking with God. “And if he stands with me, who can stand against me?”