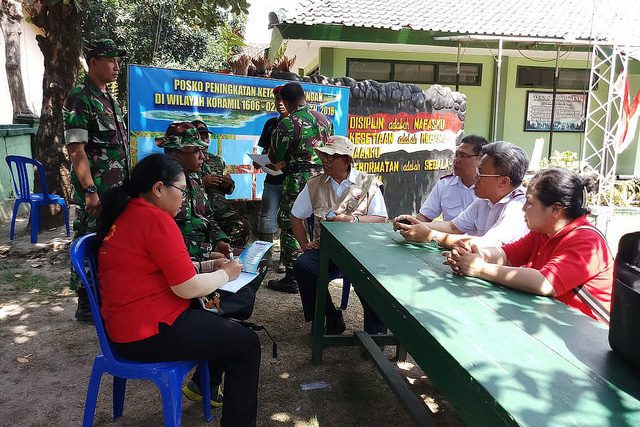 Recovery, medical and support work is continuing in Lombok, Indonesia, following the damaging July 29 earthquake and subsequent tremors. Following detailed assessments of needs and complex logistics planning, The Salvation Army is focusing on assisting families and individuals in seven villages.

The Indonesian National Disaster Agency (NDA) reports that the quakes have caused 555 fatalities, with nearly 1,500 people injured and 390,000 displaced from their homes. After initial attempts to prioritize a response in Gangga Village, transport difficulties and the fact that other agencies had already targeted this village led to a joint decision with the NDA to focus on five other communities in West Lombok and two in East Lombok.

In the first six days of the response, medical support was provided to almost 900 people. Common medical complaints include dermatitis, upper respiratory tract infection, cephalalgia (head and/or neck pain), diarrhoea, dehydration, pain in the eyes and injuries caused by falling debris. To compound matters, the prevailing weather is very hot and dry and there is a shortage of clean drinking water.

The Salvation Army’s team of doctors, nurses and medically-trained officers are being rotated to avoid unnecessary fatigue, with maximum stays limited to 10 days. Relief teams are being scheduled to provide support until at least mid-October. 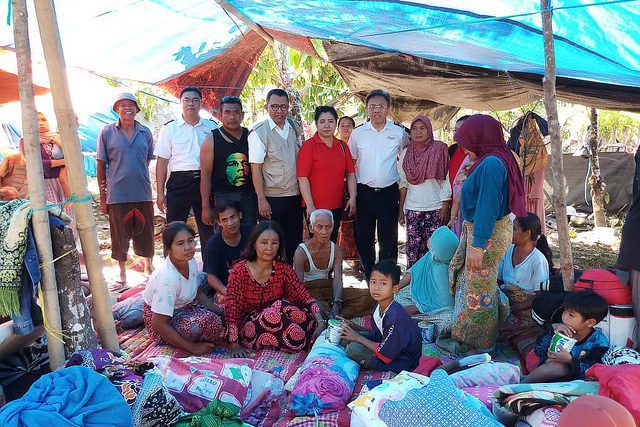 Meanwhile, emergency food packages are being distributed across the seven villages. These include staples such as rice and noodles, along with drinking water and nutrition for children and babies. The parcels are distributed initially to hamlet chiefs to use within their community. Other agencies have also provided and supported food distribution to ensure resources are shared fairly and effectively.

A van containing a supply of blankets and other essential items left the The Salvation Army’s territorial headquarters in Bandung for an arduous 3 day drive and boat journey to Lombok. Further teams of Salvation Army officers and volunteers will be traveling to the island early next week, in order to provide trauma support and to work with children who have been affected by the disaster.

Corps across Indonesia are holding special collections in support of The Salvation Army’s relief efforts at their worship services on Sunday, and there has been a generous response from the Indonesian public. Donors elsewhere wishing to support the relief efforts are encouraged to give to The Salvation Army’s South Pacific and East Asia Disaster Fund securely online.