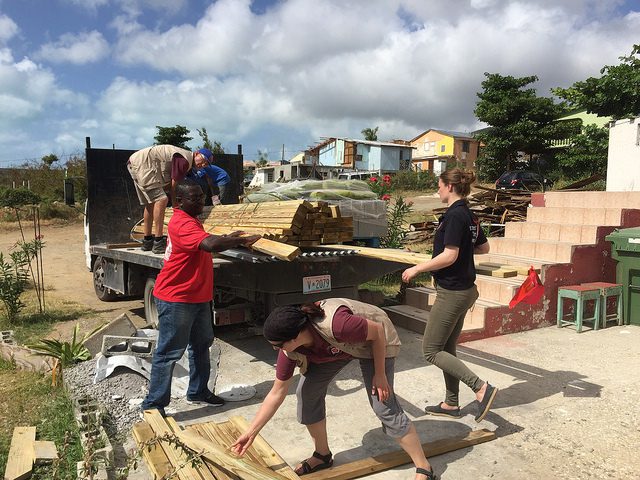 Building programs and more help islanders recover from the storm

More than six months after The Salvation Army responded to damage from the 2017 Atlantic hurricane season across Mexico, Central America, the southern U.S., and the Caribbean islands, staff and officers continue to provide aid.

The Caribbean, especially, saw significant devastation from the hurricanes. 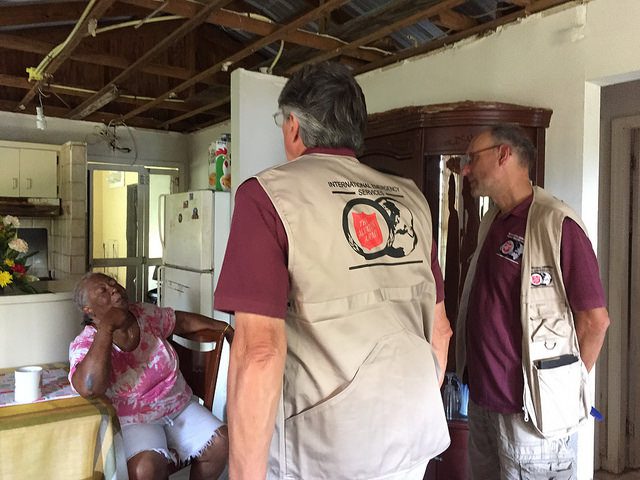 When Hurricane Irma made landfall in the northern Caribbean Sept. 6, 2017, Turks and Caicos, Anguilla, Sint Maarten, the U.S. Virgin Islands, Cuba, the Dominican Republic and St Kitts and Nevis were badly affected and Barbuda was rendered uninhabitable, with most of the population evacuated for their safety. Hurricane Irma was swiftly followed by Maria, the 10th-strongest hurricane in recorded history, which made landfall in Puerto, Turk and Caicos, and Dominica—where at least 80 percent of the population was affected.

As the clouds began to clear, the severity of the situation was exposed to the world and The Salvation Army responded with numerous projects, providing food, shelter, non-food items (NFIs), mattresses and beds, and putting in place livelihood recovery programs.

Working with local governments across the Caribbean, the neediest people were selected as initial beneficiaries for projects made possible by donations from the U.S.-based Salvation Army World Service Office (SAWSO) and Salvation Army offices in Canada, The Netherlands, Norway and the USA Eastern Territory. Non-Salvation Army donors included EO Metterdaad and Coca-Cola. 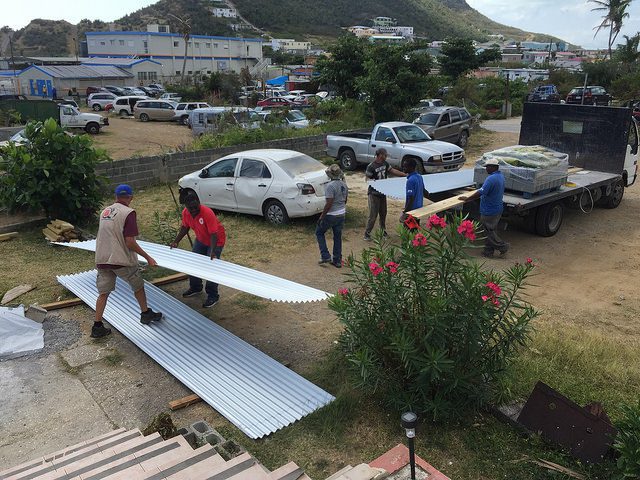 Experienced responders were also sent to the region on behalf of The Salvation Army’s International Emergency Services team, based in London. They provided expert assistance to local Salvation Army teams and reported back on some of the life-saving projects they witnessed.

For example, emergency responders met Mr. Louis, a retired 69-year-old who has lived on Dutch-speaking Sint Maarten since birth. As a child, he experienced Hurricane Donna, a category 5 storm that hit Sint Maarten in 1960, but he told Salvation Army workers that he had never seen anything like Hurricane Irma.

He said he went to bed as usual the night before the storm, only to be woken up in the middle of the night by severe winds and rain hammering his house. Frightened, he huddled with his wife and daughter in the living room, only for the roof of his home to be crushed by a fridge that had been thrown through the air by the storm. The family sought shelter from the rain in their car but, when they saw other cars and even sea containers being lifted and thrown around by the strong winds, they moved to their cellar. They stayed there until the hurricane passed the island the next day.

The hurricane caused major damage to their house: the porch was completely ripped away, windows were broken, doors were gone, the roof was crushed and most of their furniture would be impossible to save due to extreme water damage. 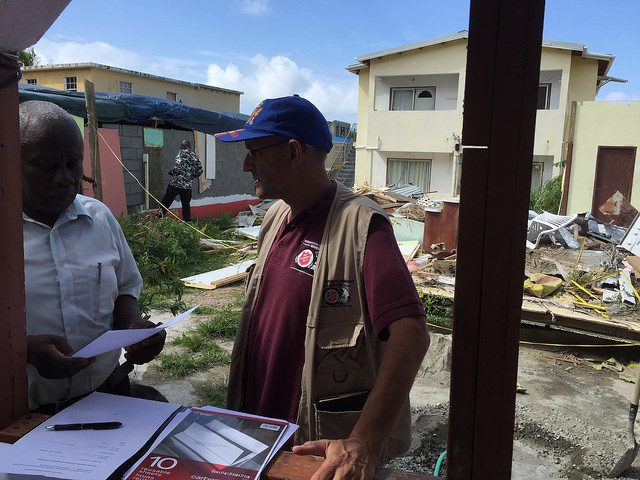 Conducting assessment visits to the Cole Bay area of Sint Maarten, where Mr. Louis’s family has lived for more than 100 years, The Salvation Army identified him as a beneficiary of the shelter rebuilding program. The damage was assessed and Mr. Louis was provided with materials to rebuild his home, including hurricane straps that will make his new roof hurricane proof.

Neighbors helped Mr. Louis rebuild his house, supported by the Salvation Army team in Sint Maarten. He says that it will take years for Sint Maarten to recover from this disaster, but he feels blessed with the support provided by The Salvation Army.

And this is just one of the programs underway. On Turks and Caicos, for instance, children are being provided with school lunches and uniforms to help them to continue their education. Beds and bedding have been provided on the Bahamas, rebuilding programs are under way on Dominica and on Barbuda, where households have been provided with basic provisions to see them through the short term and fishermen and a fisherwoman have received new boats and equipment to start replacing everything that was lost when Hurricane Irma struck. The response on St Kitts and Nevis includes providing assistance to the people who lost their homes.

Already, the people of the Caribbean are looking ahead to the 2018 hurricane season and wondering how they will be affected. The Salvation Army is committed to sustainable projects that bolster and enrich communities, enabling people to recover in the short term but also to be better prepared when, not if, the next hurricane arrives—maybe not this year or next year, but at some point in the near future.

Give to support The Salvation Army’s relief efforts across the Caribbean at sar.my/amappeal.