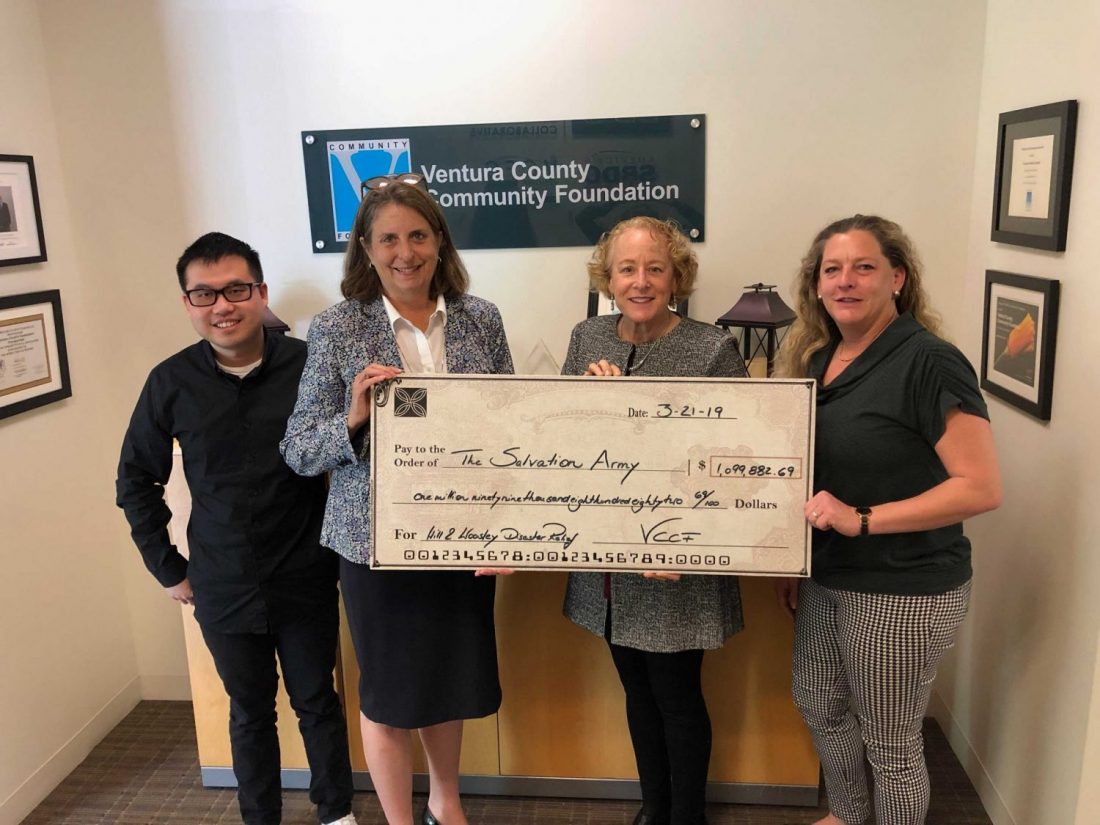 There’s no image more synonymous with The Salvation Army’s Emergency Disaster Services (EDS) work than a mobile canteen. The sturdy food trucks rove in and around disaster-affected areas to serve nourishing meals to those who’ve been displaced, and more importantly, offer a bit of hope.

But when the canteens pack up and drive out of town, that’s often when reality sets in for those survivors. Suddenly, a hot meal alone simply doesn’t cut it. Now, they need a new place to live, a way to make a living, someone to help them rebuild their lives, piece by piece. It’s becoming a critical segment of the EDS program, now more than ever.

“Once the media coverage starts to fade out after a disaster, the need actually starts to grow,” said John Berglund, Western Territorial EDS Director. “And I think for The Salvation Army, serving in the recovery phase is actually more mission-aligned.”

In light of an increasingly competitive funding landscape and a “new normal” of multiple megafires in a given year on the West Coast, The Salvation Army, like many in the disaster relief industry, has re-evaluated is approach to ensure it’s using available funds as effectively and efficiently as possible.

Lately, that means looking at all of the available local resources to carry out that mission. The Salvation Army was recently awarded a $1.1 million grant from the Ventura County Community Foundation (VCCF) to better assist families affected by the the Woolsey and Hill fires, which raged across Ventura County and Los Angeles County last November, destroying more than 1,600 structures and displacing thousands of individuals. The grant—the largest one-time gift awarded by the foundation to The Salvation Army—will tap existing Salvation Army caseworkers at three corps to serve a wide range of needs, including case management, housing assistance, utility assistance, food service and guidance in navigating the available programs.

It’s a departure from what Berglund describes as “the old model” when disaster relief organizations would fly volunteers into the affected areas and put them up in hotels to help for an extended period of time. All that would ultimately do, he said, was delay the affected area’s rebuild. The goal is to help get the local economy back up and running as soon after a disaster as possible, instead of relying on outside support and time-limited resources, such as temp-help and food boxes.
“It’s really important to break down the departmental walls and look at the resources that already exist,” Berglund said.

The social services department, given its familiarity with a high volume of casework, was a natural fit.

“When people lose their homes in a fire, they’re now homeless, just not the kind of homeless we’re used to,” said Pilar Buelna, California South Divisional Director of Social Services. “It just didn’t seem viable to hire people for temporary [caseworker] positions. We thought we should leverage our corps caseworkers. That’s one thing [VCCF] really liked about our model, is that we’re not relying on time-limited resources. They were really looking for an organization to step up and provide these recovery services. And now, there’s a system in place. A framework for future disasters in California South.”

Sharon Kerr, Director of Major Gifts for the California South Division, helped write the grant application to VCCF. She noted that many of the people who lost their homes in the Hill Fire had insurance policies on their homes, but that doesn’t tell the whole story.

“You think of every housekeeper, every nanny, all of the staff, for these households that were completely out of a job,” Kerr said. “There’s a huge hole where there used to be work, and there isn’t now. Their jobs just didn’t exist one day.” Kerr, herself is not far removed from losing her home in the Thomas Fire in December 2017. She said having gone through the emotional trauma herself has helped give her some insight into the unique needs of fire survivors.

“I think I took the next fire that much more personally. I knew what those people were going to go through,” she said. “In the Thomas Fire, we were allowed to go to our homes that same week. It almost felt like a war zone. When you walk up to your lot, instead of your home, you cannot describe the devastation.”

Elsewhere in the West, The Salvation Army is making strides to build local capacity and leverage existing resources. In the Del Oro Division, The Salvation Army’s culinary training programs are being integrated into its evolving disaster relief strategy. As the industry demands more food service professionals to work on the frontlines, The Salvation Army is quietly developing its own pool of talent. Those culinary training students are now being deployed after disasters to help with feeding services. They come with ServSafe certificates, knife skills and sanitation skills. And the chefs who are trained know exactly how to put together a menu. According to Major Martin Ross, Sacramento County Social Services Secretary, that’s exactly the kind of strategic thinking The Salvation Army needs.

“We need to reposition ourselves and look at what we can do,” Ross said. “Because we do have existing infrastructure that can meet those needs.”

The Ventura County Community Foundation is a charitable foundation committed to promoting and enabling philanthropy, and building long term capital to benefit Ventura County.  Its four primary roles are to be a careful steward of the funds entrusted to its care, a long term partner dedicated to donor intent, an effective grantmaker focusing on the needs of nonprofits and of the community, and a community leader and convener, focusing on the common good.