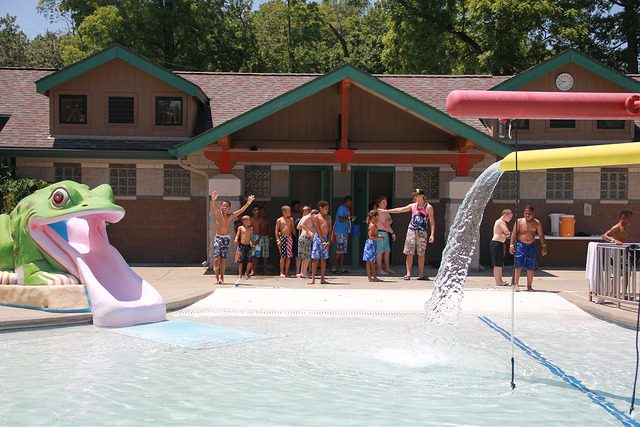 Outside St. Louis, Mo., The Salvation Army brings youth and law enforcement together to foster reconciliation in communities riven by racial injustice.

Eight-hundred acres of spring-fed lakes and rolling hills in the Ozark Mountain foothills offers campers in the St. Louis, Mo., region space to fish for rainbow trout, challenge themselves on the high ropes course or sharpen their mental focus through archery. Add in law enforcement officers as chaperones, and Camp Mihaska—one of The Salvation Army’s 45 camps across the U.S.—becomes neutral ground for officials and youth from some of the region’s most segregated communities.

“St. Louis has a history of ignoring its racial problems,” said Salvation Army Captain Matthew O’Neil, the area’s divisional youth secretary. “As The Salvation Army, we can confront it and deal with it.”

And so Discovery Camp, an annual Mihaska session for at-risk youth, was redesigned last summer as a societal bridge, born out of a conviction in local leadership that the Army had a meaningful role to play in community reconciliation around issues of racial injustice. The camp component developed in stages, as the Army grappled with how to strategize a significant, long-term response to the 2014 civil unrest that brought international attention to Ferguson, Mo., a low-income, predominately African-American suburb of St. Louis, in the aftermath of the police shooting of an unarmed teenager named Michael Brown.

During the unrest, Salvation Army disaster services crews went into Ferguson to deliver food and other aid. Post-unrest, the Army stayed connected with the families served while reaching out to other community youth through Ferguson nonprofits, such as the Center for Hope and Peace. Later, many of these kids were included in an annual toy drive and shopping spree. Army officials paired young shoppers with chaperons from area police departments as a way to begin to bridge the longstanding gulf between residents and law enforcement—a gulf documented by a U.S. Department of Justice (DOJ) investigation in the wake of Brown’s death. In the March 2015 report, over more than 100 pages from the DOJ described how Ferguson exploited African-American residents for city revenue, using its judicial system as a mechanism for systematic targeting and harassment. 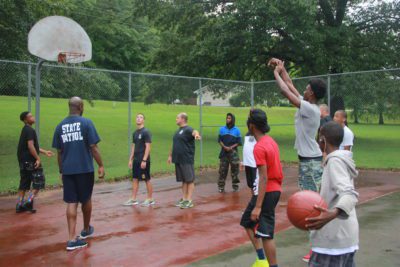 Keyshaun Jenkins, a 15-year-old camper found out about the Mihaska program for at-risk youth from his connection with the East St. Louis Corps. When Jenkins isn’t at Mihaska, he whiles away many of his days indoors, playing video games in his living room because “the part of East St. Louis I’m from is too violent to go outside.”

“In light of what’s been happening over the last two or three years, anything that could bring the policing profession and the community together, I’m 100 percent behind,” said Daniel Isom, who served as St. Louis’ chief of police from 2008 to 2013. A long-time Salvation Army advisory board member, Isom signed on to the revamped Discovery Camp program after its initial run, pledging to work with area departments to recruit officers to participate in the program.

In 2015, its inaugural year, two police officers participated, along with 124 youth, a number that remained relatively constant in 2016, with 123 campers attending. The number of officers, however, jumped to 14, and down the line, Isom said he sees potential for the program to grow far beyond its beginnings in the Ferguson crisis, with officers participating from a range of communities across the state.

Last year, both of the participating officers came from East St. Louis, a troubled community on the eastern banks of the Mississippi so indicative of suburban decay that the St. Louis Post-Dispatch has referred to it as “America’s Soweto.” Both cops had weathered tough childhoods themselves, something they shared openly with the campers. “We want kids to know they do have choices,” said Kimberly Beck, Salvation Army Regional Social Services Director, who has played an instrumental role in both Discovery Camps. “That includes thinking of a career in law enforcement.”

It could be hard for many of these kids to imagine a future at all. Captain James Scott, Secretary of Men’s Ministry, Correctional Services and Multicultural Ministries, who was in charge of overseeing the curriculum, recalled one gathering of 16 participants in which a young camper shared the story of a cousin who had been recently killed by gunfire. “We realized that every one of us had experienced someone being taken by the gun,” Scott said.

The camp’s 2016 “Totally Transformed” session, open to 9- to 16-year-olds, ran in early July. The curriculum was similar to that of its first year, which centered around themes of taking ownership over one’s behavior and community, including discussions on peaceful conflict resolution and the elements of good citizenship. There were the usual rounds of gaga ball and a mud run, free time in the pool and a night set aside for the old fashioned dance, but a special emphasis was placed on the asset building exercises, such as the high ropes course, as opportunities to grapple proactively with the anxiety so many participants live with.

Out of that success came a need to create more out-of-the-classroom educational activities, programmers say. To Isom the type of less formal learning piloted last year—which also purposely kept officers out of uniform until the last day and provided them with ample time to swim, fish and otherwise socialize with the campers—is a particular benefit of the program. 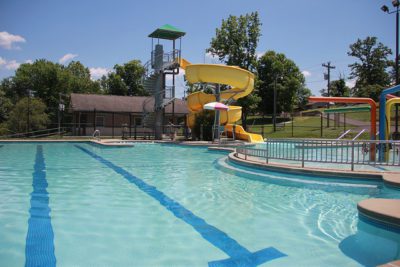 “It’s just human nature, when you get to know somebody in a more intimate setting, you’ll begin to trust them and feel comfortable around them, and it’s more about the individual than their position,” Isom said. There are several police-community initiatives, he noted, that follow the more structured perimeters of well-known programs such as the Drug Abuse Resistance Education, or DARE, program founded in Los Angeles in the early 1980s. While useful in their own way, those models can run the risk of reinforcing hierarchy at the expense of mutual understanding.

“I think officers will…get a better sense of what these young people are about. What are their hopes, what are their dreams, their fears, and how that is often times consistent with what the officers want as well,” Isom said. “When you look at officers who are in underserved communities with high crime, and young people who are in underserved communities with high crime, unfortunately both of them are often dealing with the same stressors. In different ways, but they’re both tied to the community.”

Those stressors can have powerful behavioral consequences, and O’Neil said administrators made thorough preparations for the added challenges facing the program, ensuring extra staff and psychologists were on hand to help work with youth conditioned by constant conflict, a number of whom struggled with mental health issues and even suicidal ideation.

After camp is over, the Army seeks to stay connected to its campers, and in fact, over half of the youth opted to continue on with character building programs last year. Organizers know that a few days a summer is a brief oasis in the life of a kid, but hopes are that it might be just enough.

“I was 6 when I went to a Salvation Army camp,” Beck said. “I don’t have a lot of memories from when I was 6, but the feeling I got singing the songs, sitting around the campfire—I remember camp.”