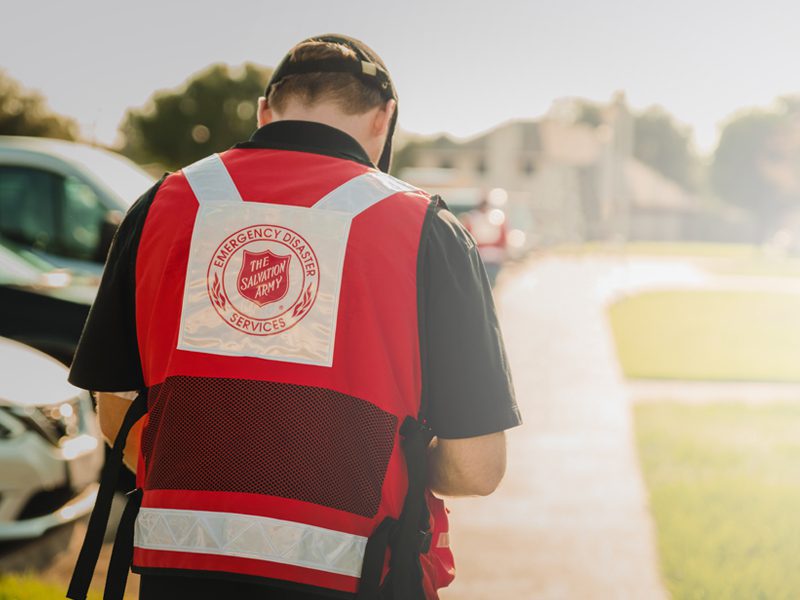 Two of the biggest natural disasters ever struck back-to-back—delivering a host of obstacles and shedding some light on why The Salvation Army does what it does.

The longest major “hurricane drought” in U.S. history came to a sudden and devastating end late in August.

As costly and unprecedented as consecutive hurricanes Harvey and Irma were, prior to Harvey, the U.S. had gone nearly 12 years without a major hurricane (Category 3 or higher) making landfall.

So when the two monster storms came crashing down in Texas and Florida, respectively, they delivered a grueling test to not only the communities in their paths, but to those delivering aid to those communities.

The Salvation Army corralled trained disaster personnel from each of the four U.S. territories, plus Canada, to blanket communities across Texas, and then two weeks later in Florida and Georgia.

Officials have since turned their attention to the long-term recovery phases, including how they can use what they’ve learned thus far to inform The Salvation Army’s disaster relief work for years to come.

These are early takeaways from what’s become one of the largest back-to-back disaster relief operations in The Salvation Army’s history:

Split up, but work together.

In the emergency management world, strategic planning is everything. And when two storm systems of Harvey and Irma’s magnitude strike as close to one another as they did, it takes on an increased urgency.

While The Salvation Army is one of the largest charitable organizations in the country positioned to respond to large-scale disasters, officials still made certain not to spread its personnel and resources too thin. So what the four U.S. territories decided early on in the planning process was that the Western and Central Territories would deploy to Texas and that the Canada and Bermuda and Eastern Territories would deploy to Florida and Georgia. That, according to John Berglund, Western Territorial Emergency Disaster Services Director, turned out to be “a really wise decision.”

By having each territory focus on a specific region, Berglund said it strengthened the response as a whole, as well as each individual territory’s capacity.

“That’s the first time I’ve seen the territories work together in such a way, where we say, ‘OK let the West take Beaumont (Texas) and we’ll keep putting in the teams,’” he said. “The consistency for us and the fact that it’s our team working with another team and transferring is probably the best exercise in training that we could have.”

Social media can be a direct link to relief.

“A few hours later I noticed another message on Facebook from the Kizzee family thanking us for coming out, but I wanted to do more,” Ferber said. “Then I heard about the guys from North Carolina and I made sure they got their Fern Forrest Drive address.”

“As soon as we reached out to The Salvation Army the response was immediate. ‘We’ll find somewhere for you to go,’’’ said Steve Hawley, one of the chefs.

Like many neighborhoods in Houston, Fern Forrest Drive was lined with furniture, floor boards and appliances when the chefs arrived. Sandra Kizzee and her adult children had spent the morning gutting their flooded home and assessing the damage.

Hungry, tired and overwhelmed by the task ahead, it was Kizzee’s daughter, Kera, who had messaged The Salvation Army on Facebook asking for a hot meal. Little did she know that it would result in a neighborhood cook-out the following day.

“Thank you all, so much,” Kizzee said with tears in her eyes.

The smell of tacos wafted down Fern Forrest Drive and soon the mobile cooking operation was surrounded by Kizzee and dozens of other residents. And it all started with a Facebook post.

“Social media,” Kizzee said with a smile, “is good for something.” 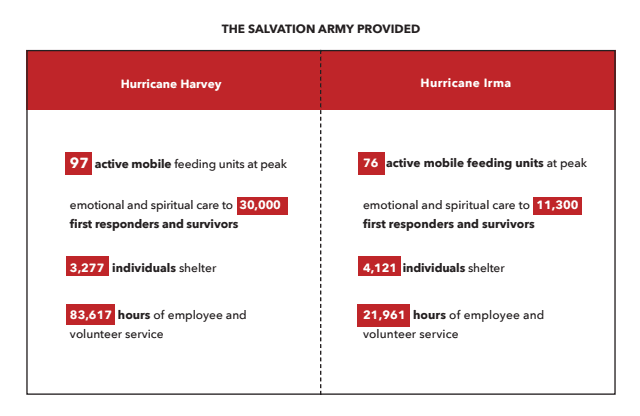 When back-to-back disasters strike, keep both in the conversation.

Donor burnout is real. So when an opportunity presents itself, it’s critical to engage with the public swiftly and effectively.

“Sometimes, we, as a country, can become addicted to ‘did we break 400,000 meals?’” Berglund said. “We’re driven by stats. And I can’t always say that stats transfer into what’s best for the survivors. But it’s tricky, because we have to make the best of the fundraising window. So, we have to [balance that] with making sure we still have money for early recovery and for long-term recovery.”

Many relief agencies will stay on the ground as long as they have the money to continue work. And while the immediate response is often what garners the most media attention, the reality is the need doesn’t subside once the cameras turn off. In fact, if anything, it’s just the opposite.

“The need almost gets larger with time,” he said. “Once we move past the mega-shelters and the water recedes, then the need is unbelievable. And [the long-term phase] is where you really make connections with survivors, one-on-one for long periods of time. These [disasters] often go on for three, four years. Everything we’re doing is good, but we always have to be able to assess.”

‘Ministry of presence’ is the best kind of ministry.

In the vein of “making connections,” it’s hard to talk about Salvation Army disaster relief without mention of the “Emotional and Spiritual Care” (ESC) it offers to survivors. The ESC component is the area of disaster response that distinguishes The Salvation Army from many other major relief organizations. Biblically, the foundation for this “ministry of presence” is supported through the mandate to bear one another’s burdens (Gal. 6:28): “You must be compassionate just as your Father is compassionate.”

The value in this approach was on full display when a two-person crew from Kentucky rolled into Houston after dark on Aug. 29. Just as they were ready to head out on their mobile feeding unit the following morning, residents in the Redwood Heights apartments were seeing the sun—and dry ground—for the first time in days.

Their day was made a little brighter when Lt. Jane Monroe and Captain Sarah Quinn arrived at their parking lot in north Houston.

Before the flood waters receded, heavy rain from Harvey had submerged their cars in the parking area and caused a loss of electricity in the 96-unit apartment community. The residents felt stranded and alone. When Monroe and Quinn arrived, they were greeted with smiles and cheers.

The Redwood Heights residents appreciated the food and the water, “but what they really needed was for someone to listen, to be present for them to talk,” Monroe said. “It brings us great joy to be able to help them when they felt like no one cared.” 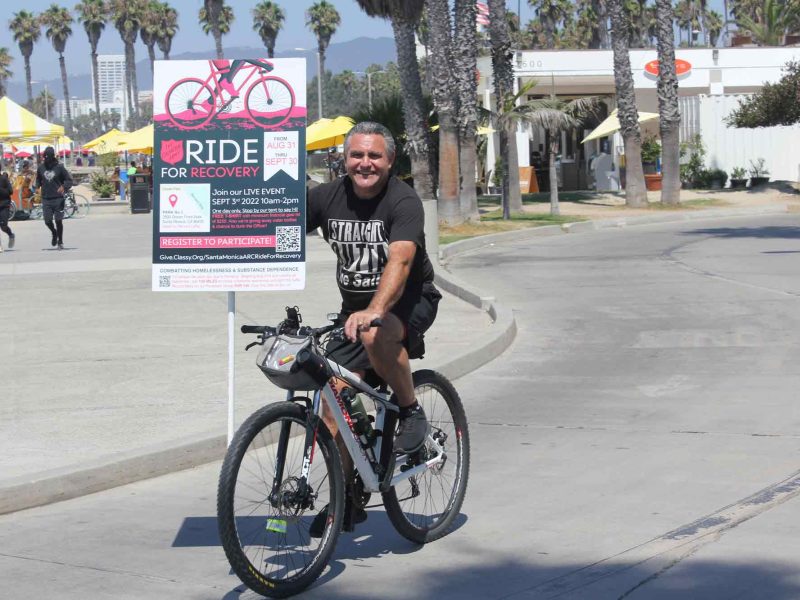 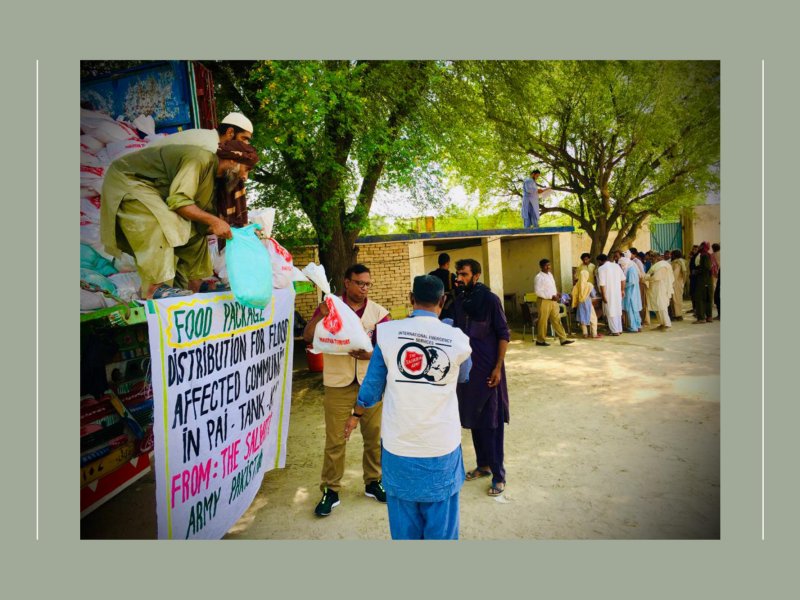