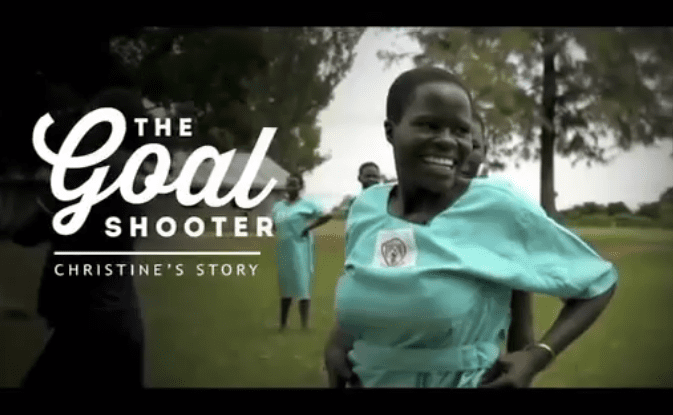 No one likes to talk about menstruation. It’s not considered a polite topic of conversation and for that reason it can be difficult to raise awareness and funds for the women and girls around the world whose lives come to a halt for about one week every 28 days.

Women around the world spend an average of 3,500 days throughout their lives dealing with menstruation and yet, only 12 percent of women and girls around the world have access to sanitary products.  Those who do not are forced to use whatever they have, including rags, leaves, dirt and newspaper, often leading to infection, smell and overall poor hygiene. According to UNESCO, one in ten girls in Africa misses school during her period.

Plan UK, a children’s charity focused on girls’ rights, is hoping to end the stigma around menstruation with their new social media campaign #JustaTampon which asks people to post selfies with a tampon using the hashtag and to donate funds to their efforts to end child marriage, female genital mutilation and to provide sanitary products to the 88 percent of women and girls who don’t have access to them.

In Rwanda, Plan UK provides sanitary packs to women and girls fleeing violence. In Uganda, they train teachers to lead health classes, helping to end bullying by teaching boys and girls that menstruation is normal. The teachers then sell reusable sanitary pads called Afripads to their students, which are inexpensive and can last for an entire year.  They’re also working to build separate washrooms for girls at schools so that they don’t have to go home to change. In India, they’ve started a program where girls can buy sanitary pads from discreet vending machines.

DO GOOD
Text TAMPON to 7007 to donate 3 pounds to Plan UK and take your own selfie using #JustaTampon.
Beyond the work of actually making sanitary products accessible, Plan UK stresses the importance of ending the stigma around menstruation on a global scale. Many cultures won’t allow women and girls to touch food or even remain their homes while menstruating. Others believe that sanitary products are bad luck to the owners and to anyone who sees them. These myths create an environment of fear and shame.

Christine, a young girl from Uganda whose story is told in the video above, had no idea what was happening to her body when she had her first period. She was afraid to talk to anyone about it and tried, unsuccessfully, to manage it on her own until Plan UK came to her town.

“Then our senior teacher came and told us about using pads,” she said. “That made me so happy because I could play freely again.”

Plan UK wants the world to understand that it’s just a tampon, but for women and girls without access, its so much more.