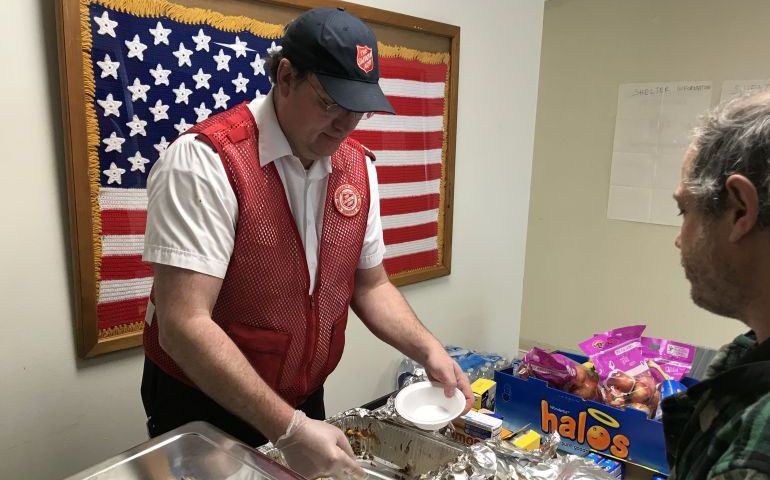 The Salvation Army is assisting survivors of an ice jam that caused flooding in Plattsburgh, New York, earlier this week.

The Emergency Disaster Services (EDS) team based in Plattsburgh is offering food, case management, and prayer and counsel to roughly 240 evacuees, including those from a mobile home park.

When ice chunks in a river are blocked by something, they can build up to form a dam, or ice jam, which can cause severe flooding. Because of the flood’s location, The Salvation Army is keeping its EDS counterparts in nearby Vermont and Quebec, Canada updated as they experience similar flooding.

Michael R. Schwartz, Empire State Divisional Disaster Director for The Salvation Army, raved about the work of Majors Mark and Robin Hager, who are leading the EDS team in Plattsburgh.

“Their team of highly dedicated volunteers along with their can-do attitude is certainly positively impacting the lives of those they are serving,” Schwartz said.

Many residents haven’t been able to return home yet, and officials across the region caution that warm weather this weekend could bring more ice jams and flooding.