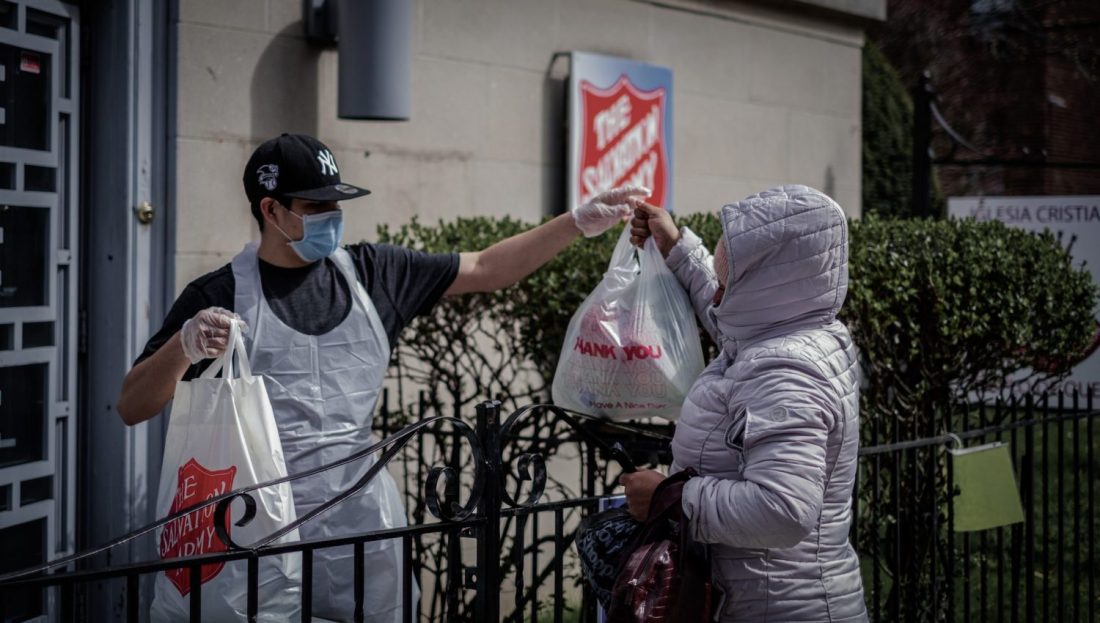 How to understand Jesus’ teaching on money, generosity

At some time or another, most of us have worried about money. We have fretted over how to pay off higher-than-expected bills, credit card debt and student loans, or perhaps have even exchanged our dream career for one that promises more security. As I write, these fears are particularly acute: the crisis resulting from the coronavirus pandemic has cratered the global economy and many have lost or are terrified of losing their jobs. We are realists. We know that Jesus doesn’t want us to live lives oriented around money, but the bills still need to be paid. How do we make sense of Jesus’ teachings on money, given the financial realities of our lives?

In Luke, Jesus promotes a lifestyle oriented around the kingdom of God instead of money, releasing us from a preoccupation with money that stems from need as well as greed. Jesus invites those who are anxious about putting food on the table, paying the rent, or even finding a safe place to sleep at night into a daily dependence upon God’s provision, and urges the rest of us to step up to care for them.

In this text, Jesus teaches his disciples that they must extend themselves in love and generosity, not only to their friends but to everyone in imitation of God. Often when we engage in missions with those less economically advantaged than we are, we will travel to a mission site, do some act of service, and then return to our comfortable homes. We often operate with an “us-them” mentality, regardless of how well-intentioned we may be. For Jesus, however, the poor are friends with whom we share our possessions. When we exercise this kind of practical love toward others, we imitate God’s own generosity (Luke 6:33). God gives like a generous merchant who, without care for personal profit, fills the measuring cup until it overflows (Luke 6:38). Any magnanimity we demonstrate is ultimately rooted in the nature of God and shows that we are children of our great Benefactor (Luke 6:35‑36).

It is difficult to understand Jesus’ teaching on money in Luke without a little insight into the conversations about money that were taking place in the first century. The language of “doing good” (Luke 6:27) should be understood within the context of ancient benefaction. In Luke’s day, there was an expectation that those who had money would be benefactors for those less fortunate. However, along with that came an expectation for some sort of reciprocation. If a patron gave a gift, the client knew that there were strings attached—even if that was measured in loyalty. For Luke, however, those who give in anticipation of reciprocation do not exhibit the kind of love Jesus demands (Luke 6:32‑34). Rejecting the normative patterns of reciprocity, Jesus here makes clear that simplicity involves the ability to give with no expectation of return (Luke 6:33). His disciples should not even expect gratitude as a return for their benefactions. The behavior of God’s children should not be governed by the actions of others but by

God’s character. The only reward that members of the kingdom can expect for their gifts comes from God, the source of their benefaction.

Such generosity should not be limited to our closest social circles either but distributed to “everyone.” These instructions aren’t just for the very wealthy. The description of Jesus’ audience indicates that the disciples had at least some possessions, such as an outer cloak or money that might be lent (Luke 6:29, 35). Jesus points out that love for enemies (Luke 5:27–6:11, 22‑23) is also expressed through giving. Such generosity is an essential element of the lifestyle of members of the kingdom of God.

In Luke’s story of the rich man and his barns, the rich man tears down his barns and replaces them with larger ones that can store his bumper crop of a harvest. If we looked at this story outside of its context of greed in Luke, we might describe this character simply as a shrewd businessperson. By way of analogy, we might think of a real estate developer in a highly desirable area who bulldozes a few small shops to make room for a lucrative shopping mall. The context, however, juxtaposes a lifestyle of greed, a desire to have more than others, with that of utter dependence on God. In both the Jewish and Greco-Roman worlds, greed was considered to be a form of moral corruption. Jesus, directing his teaching to the crowd, places “life” in direct contrast to “possessions” (Luke 12:15), suggesting that genuine life is not obtainable when one has an abundance of possessions.

In language that recalls the Pharisaic propensity for greed (Luke 11:39), someone from the crowd abruptly interrupts Jesus’ teaching in an effort to urge Jesus to assist him in obtaining his share of the family inheritance. Although the Mosaic law allowed for an inheritance to be divided, keeping the inheritance intact by having the inheritors share the estate together was the ideal. While religious teachers sometimes arbitrated in such legal matters, Jesus rejects this role.

Jesus then introduces a parable about “a rich man” whose primary orientation is possessions (Luke 12:15). His speech and actions show that he is self-sufficient, having no need for God, but likely mask a motivation of fear. Jesus calls him a “fool,” recalling images from the Wisdom literature of the Hebrew Bible, where a “fool” acts as if God does not exist (see Psalm 14:1). With no ability to see God’s provision, he feels the need to secure his own future. Ironically, another reason for his “foolishness” is that he has apparently forgotten the second part of the idiom, “Let us eat and drink, for tomorrow we die.”

The decision to replace barns in order to store the abundant crop also is based in greed (Luke 12:17‑18). Rather than building additional barns on land that could be used for farming, or selling his grain to a presumably glutted market, he chooses to store it for a less profitable season when he can charge a greater price for his grain. His wealth is evident in his ability to afford to build new barns for the additional grain and his other “goods” (Luke 12:18). His monologue shows no thought for the welfare of others; rather, he uses a common idiom to describe the hedonistic lifestyle he desires.

In the movie You’ve Got Mail, Meg Ryan’s character, Kathleen Kelly, owns a small, independent bookstore that is run out of business by the mega-bookstore Fox Books. Her little bookstore just can’t compete with the nearby mega-store. Just as Joe Fox (played by Tom Hanks) has not considered the effect his business will have on smaller bookstores in the area, so in Luke’s story the landowner’s decision to hold back the surplus of grain seems to be made with only his own financial health in mind. Such a decision would have affected the village’s economy and been extremely distasteful to those struggling to meet daily needs. The wealthy were expected to engage in benefactions, but this landowner’s wealth comes at the cost of those around him. His primary orientation is money, but he is not “rich toward God,” meaning that he is stingy with both his resources (Luke 14:33) and himself (Luke 9:23) and has thereby excluded himself from the kingdom. If we are to have the characteristics of God, our primary orientation must be toward God’s kingdom, clearly evident in both our attitudes and the way in which we allocate our resources.