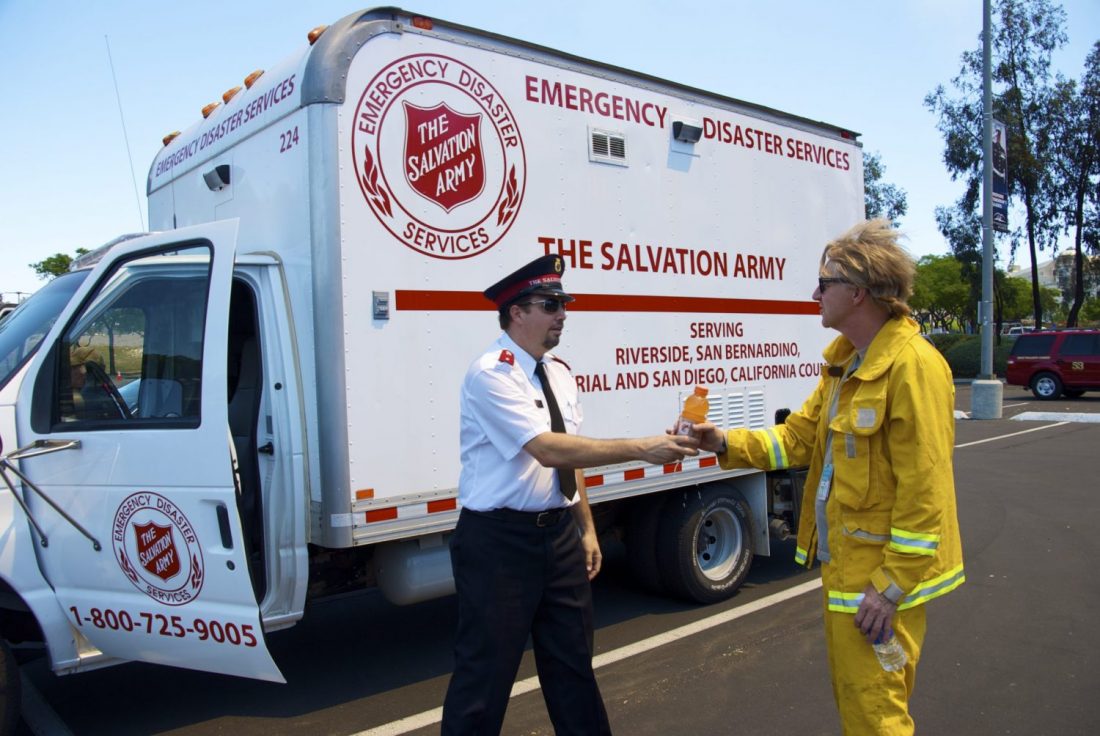 An unprecedented disaster landscape has dealt some unique challenges to service providers.

It’s been a slow year for many American businesses trying to regain their footing after COVID-19 forced closures and left much of the workforce, at least for a time, in unfamiliar territory: stuck at home with no job to do.

But for The Salvation Army on the West Coast battling an affordable housing crisis and a fire season wearing thin on superlatives all against a pandemic backdrop, the past six-plus months have been anything but.

Some experts say this fire season is different than those of years past—obviously because of the pandemic, but also because wildfires are charring areas that don’t typically see them and they’re eating up all types of vegetation, not just the usual suspects.

While it may be a sign of what’s to come, it’s not just a vague looming threat anymore. We’re starting to see it play out in devastating fashion. With a few months still remaining in California’s fire season, a record 3,000 square miles of land has already gone up in flames. That’s more than double the size of Rhode Island.

“I think the West is off to a good start, and I think one of the reasons is leadership has taken this all extremely seriously,” said John Berglund, Territorial Emergency Disaster Services (EDS) Director. “What [then Territorial Commander] Commissioner [Kenneth G.] Hodder did in mid-March was set up an area command, where he was in charge of all of the divisions. He coordinated one Army, quite literally, to respond to the pandemic. And I think that changed the perception of the Army in all sectors.”

It started with getting on the same page, and staying there.

One of the biggest challenges of coordinating a single response across multiple departments early on was recording data—EDS, the corps and some social services units all used different systems to collect information. So with the help of IT, the territory launched a comprehensive EDS Reporting Software on May 1.

“That was a big hurdle that we needed to overcome quickly in order to boost territorial and national fundraising efforts as well as track which needs were where,” said Sabrina Kiser, Territorial Social Services Director. “When we switched over to the new system, we were able to then capture reports in real-time, which was extremely helpful to public relations and fundraising efforts and to share with government and NGO partners.”

It’s just one way in which the pandemic has changed The Salvation Army’s approach to disaster response for the better. With fires burning at both ends of California, the organization also had to tweak its meal delivery protocol.

For one, it’s sealing and individually wrapping all meals, pivoting from its traditional canteen cooking with strategically located centralized kitchens, and it’s even modifying the type of eco-friendly compostable service products used, as well as the use of electric proofing cabinets for food delivery.

Personal protection equipment (PPE) is now provided for all disaster workers, and CDC guidelines apply to all service delivery.

It’s a bit of a departure from responding to disasters in years past.

“The overlay of the pandemic is forcing us to question the status quo and it’s forcing growth, forcing us to improve,” Berglund said. “And usually that’s what catastrophic incidents do. We have to evaluate and we have to change for the better.”

More partnerships, both internal and external

During the pandemic, the territorial EDS, Community Relations and Development and Social Services worked together on almost a daily basis in the beginning to effectively enable the field to serve clients. They held a weekly call for EDS and Social Services Directors at the divisional level to ensure necessary fundraising, service provision and safety information was consistently communicated. This also gave the divisions an opportunity to learn from each other in real time.

As Berglund said, what the West has demonstrated is “when our backs are up against the wall, the department walls can come down.” A prime example was all of the homeless sheltering for COVID-19 in LA, which was coordinated by Social Services. In past years, EDS may have taken the lead on such an effort.

“It’s about learning to work together, rather than compete and figure out who does what best and when,” he said.

Many food banks had to shut down because they weren’t getting food shipments or because they rely solely on an older volunteer base. While The Salvation Army experienced similar issues, it used its corporate partners, local businesses and government contracts to fill in the widening gap.

“We opened additional shelters when other partners had to close theirs down because they weren’t able to handle the additional requirements of cleaning, staffing and social distancing,” Kiser said. “I could not be more proud of our staff’s response during COVID-19.”

When you partner more effectively internally, you open yourself up to more external partnerships.

That includes a host of names from the private sector, including Uber Freight, which recently contacted The Salvation Army to help haul its supplies on Uber tractor trailers.

Airbnb has offered travel credit to The Salvation Army several times since the start of the pandemic. Because of this partnership, The Salvation Army recently secured a house that sleeps 10 in Salinas, which has become a hub for meal distribution to various evacuation centers and shelters for those affected by the River, Carmel, and CZU Lightning Complex fires.

In San Francisco, a mask company got in touch with The Salvation Army to distribute masks for kids going back to school.

“More for-profit entities are reaching out to us, I think, than ever before, saying, ‘How can we help?’” Berglund said.

“It’s because we’re out there.”