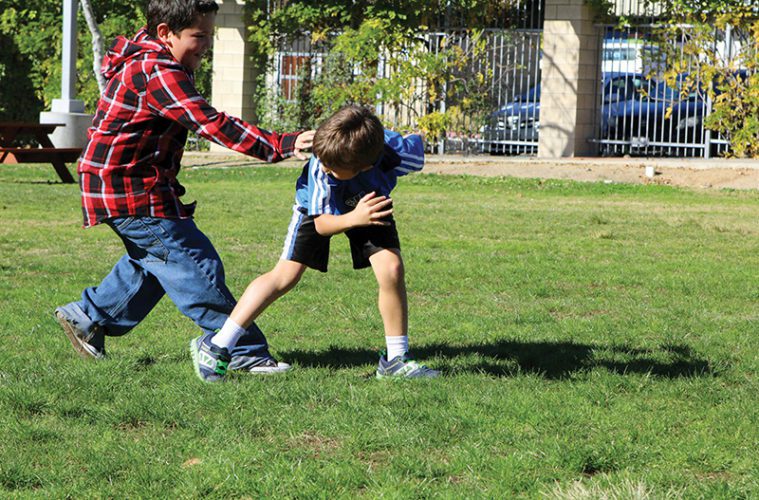 The Salvation Army aims to prevent and intervene in childhood obesity across the U.S.

It’s the middle of the school day, but over 200 third, fourth and fifth graders are in the midst of a Latin-dance inspired fitness session—Zumba—at the Ray and Joan Kroc Corps Community Center in Biloxi, Miss.

The students and teachers are there on a field trip from the nearby elementary school—a monthly occurrence as part of The Salvation Army’s Kroc Fit Kids program designed to encourage healthy lifestyles through nutrition and physical activity education. 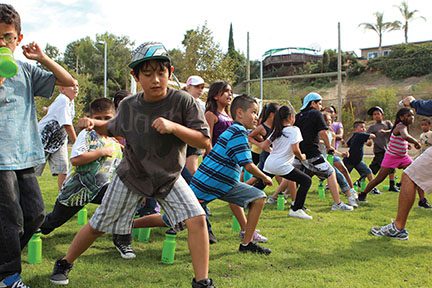 You might not expect The Salvation Army to actively work in preventing and intervening in childhood obesity, but for an organization that exists to meet human need—this is right where it needs to be. A recent report from the Centers for Disease Control and Prevention found 17 percent of U.S. children and teens are obese, weighing more than 95 percent of kids the same age. And Mississippi ranks first among states in the obesity rate of 10- to 17-year-olds, at nearly 22 percent.

“Healthy eating and living is not as trendy here as it might be elsewhere, and information is not as readily available, so this reaches kids in ways you can’t even dream of, and teaches lifetime habits they’ll carry into adulthood,” said Erin Darche, Director of Operations at the Biloxi Kroc Center. “In The Salvation Army, we often teach the importance of keeping your relationship with God healthy, but it’s important to keep your body healthy, too.”

Across the country, 26 Kroc Centers exist as a result of Joan Kroc’s $1.5 billion bequest to The Salvation Army to erect community centers where children and families would be exposed to different people, activities and art that would otherwise be beyond their reach. A May 2015 report found a total annual economic impact of the centers in excess of $258 million in addition to the “safety net” contributions to a community that result in membership subsidy, volunteer work and in-kind-donations.

As a prevention program, Kroc Fit Kids includes four research-based intervention components: a 30-minute school assembly with a five-minute introduction on the importance of nutrition and exercise and 20 minutes of cardiovascular physical activity, a guided fitness-focused field trip to the Kroc Center, 10-minute bouts of deskside physical activity that are integrated into English and math lessons, and a free family fun night at the Kroc Center with activities, healthy snacks and a lesson to take home. In addition, kids receive a stamp card that allows free use of the Kroc Center facilities. Program pre- and post-testing measures students’ height, weight, upper body strength, flexibility and cardiovascular ability.

It was implemented in Biloxi during the 2015-2016 school year as part of a study funded by the Robert Wood Johnson Foundation and coordinated by Dr. Jared Tucker, epidemiologist and researcher at the Helen DeVos Children’s Hospital in Grand Rapids, Mich. The study aimed to test the model’s ability to be replicated in other centers.

DO GOOD
–
Learn more about the Organ Wise Guys and the Wisercise routines at organwiseguys.com

– Find a Ray and Joan Kroc Corps Community Center near you at salvationarmyusa.org/
usn/kroc-centers

– Implement the “Healthy Counts” routine with your family

– Give to The Salvation Army’s efforts in preventing childhood obesity at westernusa.salvationarmy.org

“We have a long way to go on childhood obesity in this country, and the problem is multi-factorial with factors that are not easily changeable,” Tucker said. “Kroc Fit Kids found a program that doesn’t take away time from schools, but offers a supplement in a resourceful, efficient way. It asks teachers to do just enough that it’s feasible to incorporate into the classroom, and it gives kids something to look forward to.”

It started in the classroom, too, as a group consulting project in a graduate nonprofit leadership and management program at the University of San Diego.

“At the time, the San Diego Kroc Center’s advisory council had identified five strategic objectives, and one was preventing childhood obesity. When we looked at breadth of programming at the Kroc Center, however, nothing specifically targeted that objective,” said Maria Todaro, who worked at the time as the center’s marketing director and led the Kroc Fit Kids program creation as a graduate student. Now the corporate relations manager for The Salvation Army in the western U.S., Todaro serves as the Kroc Fit Kids national grant project advisor. “The point was to create a program, based on research, that could be duplicated the same way in multiple markets.”

So with a $20,000 grant from the Ellen Browning Scripps Foundation, the San Diego Kroc Center piloted Kroc Fit Kids with 500 students from three partner elementary schools within walking distance of the center during the 2010-2011 school year.

“These children have to do a lot of work at their desk, and they don’t always get the most time outside. They see us as something special, to get them away from their desk and do something fun,” said Kathryn Korn, fitness manager at the San Diego Kroc Center. “We’re trying to make exercise fun for them, and to show them that exercise isn’t one size fits all.”

That’s especially true of a favorite field trip activity: zombie tag. On the field, students wear flags like in flag football. If your flag is pulled, you become a zombie and have to run to “get the humans,” pulling other flags. “We try to give them things that are relevant and make them fun and interesting,” Korn said.

Each month’s programming has a theme, from the World Cup or Olympics to heart health month. In the latter, Korn introduces different forms of cardiovascular exercise than traditional sports—kickboxing, hip hop dance—to get the heart moving. That month’s family fun night does the same with family relay races, an opportunity to climb the rock wall and a snack, like a make-your-own trail mix bar.

In every interaction, she emphasizes the nutrition cheer: “Low fat. High fiber. Plenty of water. Exercise.”

Korn, who said she was self-conscious and did not look forward to physical education in elementary school, said she most enjoys watching the girls get into exercising after first holding back. 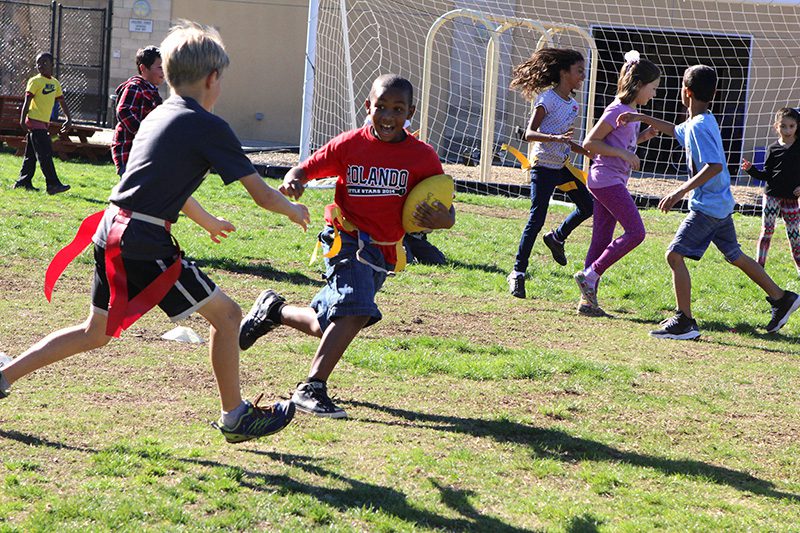 A recent report from the Centers for Disease Control and Prevention found 17 percent of U.S. children and teens are obese, weighing more than 95 percent of kids the same age. The Salvation Army works to end childhood obesity in both prevention (Kroc Fit Kids) and intervention (Fit Kids 360).

“Every time we teach something new, I ask the kids to raise a hand if they’ve ever played it before. A lot of girls won’t raise their hands, but eventually it’s great to see how athletic and competitive they can get,” she said. “We’re always positive and promote compassion and care for one another so there’s no negativity in a game or race. We stress that it’s important to encourage one another, and it makes the kids feel more comfortable to try new things.”

That underlying safety is a key component for Kroc Fit Kids—and for Fit Kids 360, a separate program to intervene in childhood obesity coordinated by HealthNet of West Michigan and hosted at the Grand Rapids Kroc Center—and is prescribed by pediatricians for families with at least one child ages 5 to 16 whose body mass index (BMI) falls above the 85th percentile for his or her age. The eight-week program is supported by professionals like a dietitian, a behavioral health expert and an exercise specialist.

“I walked in on an exercise of kids shredding negative messages that they had received about being obese,” said Lt. Colonel James Nauta, Kroc Center project specialist. “It was incredible to watch these kids, who you know if they continue in this way will have health problems, shred those messages from bullies. To see the growth of kids is really the most exciting part for us.”

Fit Kids 360 found that 50 percent of participants increased physical activity up to 60 minutes per day and 45 percent modified their diets to reflect improved intake of fresh fruits and vegetables. “What is working for families having success in fighting obesity is changing habits in the home environment,” said Tucker, who also coordinates data analysis and collection for Fit Kids 360. “We take a family focus because just teaching a child what to eat is not enough; you have to teach the parents and get buy-in from the siblings.”

He teaches the Healthy Counts message, which he lays out as options and asks the family what they would like to change. The focus then is on setting goals and changing things small steps at a time, like reducing sitting to watch five hours of TV a day to three.

“The primary risk factors or killers in our country are chronic diseases that are in a large part preventable through healthy lifestyles,” Tucker said. “I often tell families that anybody would find benefit in this information, because it’s the type of behaviors that lead to good health for all of us.”

For Kroc Fit Kids, the one-year implementation study in Biloxi and San Diego found 66 percent of students answered questions correctly in the post-test regarding physical activity and nutrition. Seventy-nine percent of teachers agreed that student knowledge improved on the subject, and 83 percent of teachers said the field trip activities were a worthwhile way for students to be physically active.

Tucker believes Kroc Fit Kids, especially, is now ready for expansion to other Kroc Centers across the country.

“It’s not always obvious that a program developed and geared to work in one setting will work in another, but in this case it did,” he said. “The benefit of this study was to develop the toolkit that will help formalize the set up in a new location, detailing how to approach schools and talk to administrators, and working through the process of planning the program for the year.”

It’s the Kroc Center and corps community centers around the country that provide a great opportunity for The Salvation Army to address childhood obesity in a new way, Nauta said. He and the implementation study team are now working with the Army nationally to identify additional funding partners that would allow replication of both programs. 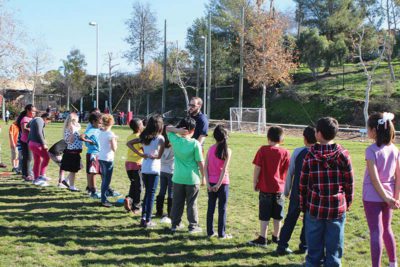 For Tucker, who spends each day immersed in the fight against obesity, there’s not an easy, single answer. “But that doesn’t make it less important—it makes it more so,” he said. “We have a lot to learn in studying what we can do to treat obesity effectively because it takes a toll on both the quantity and quality of life. It’s a research question that has a life or death consequence for a lot of people.”