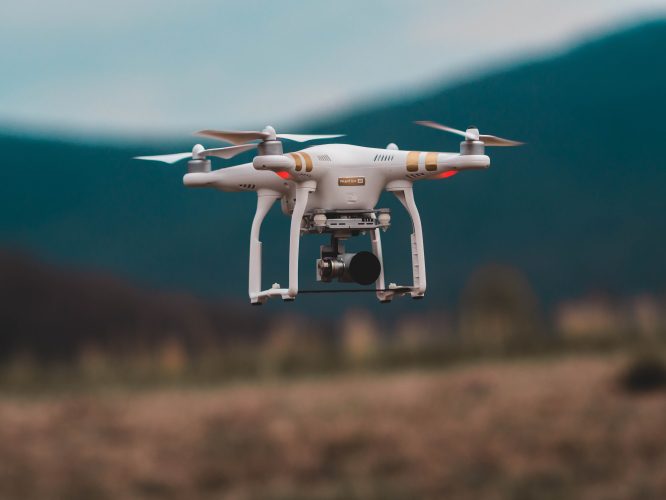 How drones are changing the disaster relief industry

Disasters now displace three to ten times more people than conflict and war, but what if we had a better system to provide early warnings and deliver aid?

Some people hear “drone,” and they think aerial surveillance a la “Big Brother” or “drone strikes” in areas mired in conflict.

With the effects of climate change impacting communities around the globe, disaster relief may prove to be one of the most important uses for drones in the coming years, and it’s not hard to see why.

In mid-August 2017, Sierra Leone experienced its worst flooding in over two decades as torrential downpours sparked a mudslide on the outskirts of the country’s capital, Freetown. Hundreds of people were declared dead or missing. In an effort to protect residents from a second mudslide or further harm, the UN utilized “satellite data, radar imagery and drone mapping,” according to The Guardian.

Just weeks later, more than 5,000 miles away, the U.S. was battered by Hurricane Harvey, the first in a trio of storms that rocked Texas, Florida and Puerto Rico. In all three, drones played a critical role in assessing damage, surveying flooded areas and assisting with power restoration. They were even used to aid search and rescue efforts and acquire b-roll footage for news outlets, such as CNN.

“I don’t think it’s an exaggeration to say that the hurricane response will be looked back upon as a landmark in the evolution of drone usage in this country,” FAA Administrator Michael Huerta said at InterDrone, The International Drone Conference and Exposition in September 2017.

With post-disaster imagery, drones hold several advantages over traditional satellite imagery. For one, they’re much cheaper. But logistically, they can fly into areas that may be otherwise unreachable—areas too remote, too damaged, too dangerous. Satellites can also be rendered largely useless by cloud coverage, and if you don’t have a reliable internet connection—which happens all too often after a disaster—you can forget about downloading those satellite images.

Drones are much more nimble and versatile, and that’s not limited to their navigation on land. That’s right—swimming robots are being used in the glacial lakes of the Himalayas in Nepal to detect mountain tsunamis. They autonomously map the lake floors to identify cracks that may trigger flash floods. And they can do it faster and more efficiently than any other method, sending live data to a team nearby, which can then alert local officials to evacuate residents.

Of course, there are obvious risks in using robots for disaster response and some of these risks can never truly be eradicated. But according to Patrick Meier, Executive Director of WeRobotics and the founder of the Humanitarian UAV Network (UAViators), as drones work their way more and more into the conversation, we can also expect more education and safety training on the subject. In his TEDx talk, Meier spells outs why disaster relief drones aren’t just a trend—they’re part of what the World Economic Forum refers to as “the fourth Industrial Revolution.”

“None of us really know how this revolution will unfold,” he said. “Past revolutions have created divides between those who do have the technology and those who don’t. So our response as a community…must be a just and inclusive response, one that includes all the stakeholders, especially those partners and local communities in developing communities. We must democratize this fourth industrial revolution.”