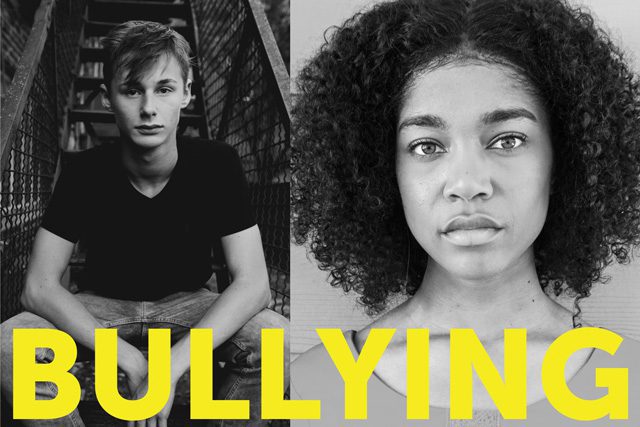 Bullying and the problem with ‘brush it off’

Across its youth programming, Salvation Army staff makes listening to kids a priority.

Lewis, Executive Director of Red Shield L.A., where she’s worked for nearly three decades now, saw two young kids—maybe 8 years old—fighting out front. As she always does, she walked over to find out what was happening. But when she told the two kids to come to the office with her, the older brother of one of the boys stepped in.

“Don’t let her get to you,” the 13-year-old told his younger brother. “You stand up for yourself.”

Lewis was shocked. She sternly told the pre-teen to wait for her. She had something to say to him when she was done with the younger kids.

As is typical at the Red Shield, Lewis had the two young boys read through the code of conduct. Red Shield has a no bullying policy, and its expectations are clearly outlined in the code of conduct, the words of which hang all throughout the massive building, impossible for kids to ignore.

“I will always treat and speak to others with kindness and respect. I will not bully others.”

The kids read the code of conduct outloud, apologized and hugged. But that wasn’t the end of it. Lewis found the 13-year-old, waiting outside. She was curious, what triggered such a strong response in him?

He talked like that, he told Lewis, because at school, the teachers and parents just tell him to sit down or move on.

“My brother gets bullied, and I talk to them, and they tell me, ‘You’re making it a bigger deal than it is,’” Lewis recalls him saying. “‘No one listens. They don’t do anything.’”

That’s why Lewis has one rule: if a kid comes to anyone on her staff with a problem, they address it.

It doesn’t matter if it seems insignificant, like one kid calling another stupid or saying her clothes are dirty. If a kid raises an issue, the staff at Red Shield listens. End of story.

“What you don’t want is if these kids come to you with a minor issue and you say ‘don’t listen to them, they’re just silly’ and you walk away, that child feels like you didn’t listen to them and address the issue,” Lewis said. “If the child brings it up to you, it’s a big issue to them; it’s important to them.”

1 in 5 American kids ages 3–17 have a diagnosable mental, emotional or behavioral disorder in a given year.

Yet, roughly 80 percent them aren’t diagnosed or receiving treatment.

Gone are the days of telling kids to “brush it off,” “just don’t talk to her,” or “ignore it.” While adults have the cognitive maturity to know not everything others say defines us, it’s more difficult for kids, Lewis said. Especially if that seemingly harmless teasing repeats for weeks or months, piled on by other kids looking for someone to pick on.

Whether it’s from an increase in cases, more awareness in the digital age, or a likely combination of both, the severity of bullying in America has risen as a prominent issue.

Recent research indicates that depression is worsening in teens, especially girls, according to a Centers for Disease Control and Prevention report released in August 2017. The suicide rate among girls reached a 40-year high in 2015.

It’s not clear why rates for adolescent girls are even higher, but a Johns Hopkins University report published in the journal Pediatrics pointed to cyberbullying, texting, and access to other social media apps, as concerns for all children.

“Problematic mobile phone use among young people has been linked to depressed mood,” the report said.

Jason Galea has seen that firsthand. As a sports psychologist and hockey manager at the Ray and Joan Kroc Corps Community Center in San Diego, he interacts with hundreds of kids through his job.

“When we talk about what teeangers and kids in middle school are dealing with, it would blow your mind,” Galea said. “They’re snapchatting thinks like, ‘We want to kill you.’ ‘We hate you.’ …These are like daggers and knives and they happen instantly.”

In the past, kids could escape the bullying when they left school or signed off an internet chat—now it’s everywhere.

“The fear is constant,” Galea said. “They can’t even go to the bathroom or walk through the hallway without worrying about what was just said, what was snapchatted or tweeted or posted.

“Those are the deadly ones, Snapchat and Twitter” he said, “because they can reach quick and fast and then they’re gone. Those are really like bullets.”

Snapchat is beginning to integrate new and easy ways to report harassment, bullying, and other safety concerns right through the app. For tips on how to report a story, a snap or a profile, go here.

The CDC reports that one in five American children ages 3–17 have a diagnosable mental, emotional or behavioral disorder in a given year. But about 80 percent of those kids—roughly 12 million—aren’t diagnosed or receiving treatment.

“I think the info we receive and what we’ve seen bears out with those statistics,” said Howard Yamaguchi, Director for Protecting the Mission (PTM), The Salvation Army’s abuse prevention program. “It’s particularly challenging, especially with the proliferation of cyber bullying, which facilitates group bullying. I think it results in an even more quickly escalating situation.”

The Salvation Army provides training, including items targeting bullying and suicide prevention, for its members who interact with kids on a regular basis, including how to identify bullying, respond to it, and the responsibilities for preventing it. Sometimes, individuals have a responsibility to report issues, as well.

“We have duties to report suspected abuse, which can include reports we receive of a suicide attempt, self harm, suicidal ideations or other things,” Yamaguchi said. “You have to be mindful, especially among teens. They’re often reluctant to share information about bullying and other issues that may possibly escalate into suicide or suicidal attempts. Therein lies the challenge.”

The underlying philosophy behind PTM, Yamaguchi said, is to talk about bullying and bring concerns to light. As with Lewis, Yamaguchi said communicating with the child and letting them know they are heard and valued is key. An adult must first be able to understand the situation, so he or she is in the position to be able to help, or decide what the next steps may be.

“It’s an expression of love and concern first and foremost for the children,” Yamaguchi said. “And secondly, it’s a way to ensure we provide a safe environment for them to experience God’s grace and love while in our care.”

While Galea recognizes it can be intimidating as an adult to try to get at a such a pervasive and even deadly problem, he said there are ways program leaders and volunteers can help.

One of the keys, Galea said, is to be present with kids. It’s not enough to say there’s an open door policy. Kids have to believe that adults are actively listening and responding, too. And those adults need to know the kids well enough to recognize when there is a change in behavior.

“You want to be educating people to make sure not only are their eyes peeled and their senses open, but they’re noticing, ‘Is little Johnny pulling away from the group? Does he seem less interested than he used to?” Galea said. “Obviously you listen to what these kids have to say, but first and foremost, you need to be present.”

Galea suggests those running programs, coaching teams or interacting with kids in any way develop a system where they’re able to touch base with each kid every day. That may seem overwhelming. But if there are 20 kids on a team and four coaches, that means each coach connects with five kids that day. It doesn’t have to be profound. Even something as simple as, ‘How’s your day going?’ opens that line of communication.

It’s also important, Galea said, to make sure adults, volunteers and employees feel comfortable enough not just recognizing these signs, put reporting them to others who may be more equipped to deal with the situation.

“Take everything seriously, and do not overestimate or underestimate the person talking to you,” Galea said. “It doesn’t matter if this is a straight-A student going to Harvard or a kid who looks like he’s coming from a homeless environment. Either one of those people could be the person to hurt themselves.”