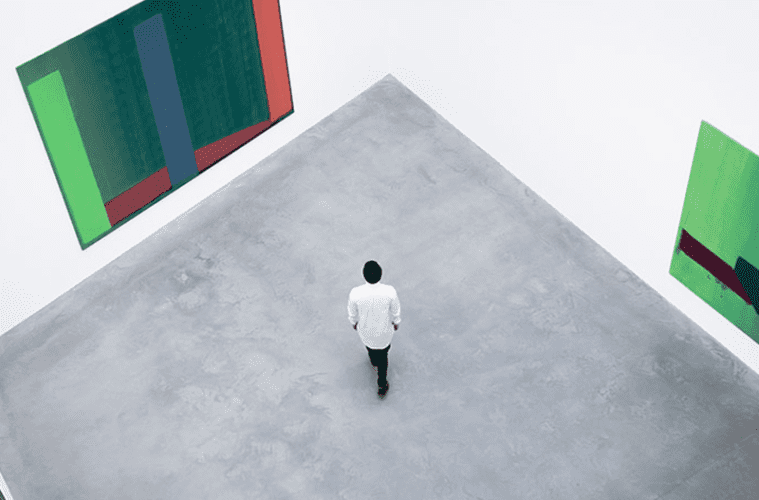 Color blindness has rarely been about not seeing differences, but about how we interpret the differences we see.

If I’m on the road, chances are, I have a navigation app running.

I need it with me to avoid a traffic jam, direct me to an alternative route that shaves minutes off my drive time, or calls my attention to a scenic route of which I was unaware. On the one hand, if I’m on the daily commute, I prefer a quick route and the shortest time to my destination. If I’m out for a Sunday drive, a meandering scenic route is great. And if I’m driving long distance, a little bit of both—direct route with an occasional scenic detour—is welcome. It breaks up the monotony. These are my biases, my preferences when traveling.

We all have biases related to any number of things of which we are aware—preferences for particular places, orientations toward specific groups of people, and tastes in certain things. These explicit biases are developed through our cultural experiences, and messages we receive directly and indirectly.

But what of those biases that we are not aware? These biases reflect those attitudes, positive or negative associations, or stereotypes that affect our decision making, understanding of, and behaviors toward people. And we aren’t aware of them. They function beneath the radar. And they undermine the best of our intentions. Imagine setting your GPS coordinates for one location, but unbeknown to you, it recalculates for an entirely different direction.

So, an organizational manager believes her behavior aligns with her values and beliefs. She openly advocates for a diverse staff, a variety of programs to meet the needs of different populations, and creative approaches to meeting client needs. But she is unaware that her behaviors could be interpreted as prejudicial. She’s friendly toward all clients, but with one group, she mimics accents and consistently mispronounces or anglicizes names. This doesn’t go unnoticed by all the staff. Unconscious bias in action is powerfully disturbing and has many consequences.

And instances of unconscious bias have been well documented in health care, employment, sports, the arts, education system, the criminal justice system, policing, housing and the political process.

DO GOOD
– Take the Implicit Association Test at implicit.harvard.edu.

– Consider your own interactions—are most of the people part of your demographic? Find ways to interact with different others in meaningful ways.

Sigmund Freud said, “The mind is like an iceberg, it floats with one-seventh of its bulk above water.”

In many ways, stereotypes are the fuel for unconscious bias. When we first encounter people, we judge them based upon race, ethnicity, age, gender, height, weight, accents or clothing that might help to identify profession, religion or social class. And for each of these identifiers, we associate stereotypes. When groups of people are constantly and consistently paired with certain qualities, we begin to associate them with those qualities. Because a stereotype is a way to categorize people, it is grist for the brain’s way of processing.

Our brain works hard to maintain order. In any given moment, it filters through a massive amount of data from our environment, cultural background, the media, as well as our assumptions and stereotypes. It sorts the information, organizes, categorizes and makes connections while taking “short cuts.” Is he friend or foe? The answer results in behavior to freeze, run or go with the flow. And when there is a lack of information, the brain fills in the blanks.

The process, while efficient, is not always accurate. What we see is not necessarily what’s in front of us, but what we interpret is in front of us. In other words, we see what we are trained to see. Consequently, we can miss important information, access incorrectly, or fall into a rut of patterned thinking.

A common example of this stereotyping effect comes from social psychologist Claude Steele, in a Talk of the Nation interview. He tells a story of his friend, Brent Stapels, who at the time was a graduate student at the University of Chicago. Stapels, a young, African-American, noticed that when he walked down the street dressed like a student, the whites he encountered appeared visibly nervous and would cross the street. They saw him as a “threat.” They might have been incensed if they were told that they harbored negative racial bias; especially if they espoused racial equality. Brent noted their mutual discomfort; he was aware of the stereotypes associated with him as a young, black man. In response, he learned Vivaldi and began to whistle Vivaldi. He began to see those he walked by visibly relax, this classical piece suggesting “refinement.” He relaxed also.

“The mind is like an iceberg, it floats with one-seventh of its bulk above water.” –Sigmund Freud

How do we identify and dismantle our hidden biases?

Start by taking the Implicit Association Test (IAT), a word-association test to measure a subject’s positive or negative words with subgroups of people, created by social psychologists Mahzarin Banaji and Anthony Greenwald in the 1980s. It was designed to help better understand our attitudes, what’s on our minds, and how our unconscious attitudes are different from our conscious ones—or “not what I want to say about what I think, but what I’m really thinking.”

Interact with different others in meaningful ways. Who are the people with whom you regularly interact? Are all a part of your demographic, e.g. age, race, profession? Hanging solely with people who have a similar background and with whom we share various identities is comfortable, but the lack of interaction with others who are different can confirm one’s biases and stereotypes. Developing relationships across culture have been instrumental in deepening our understanding of diverse others. Color blindness has rarely been about not seeing differences, but about how we interpret the differences we see.

Dissociate the association. Identify images that run counter to stereotypes. Seeing these images once or twice does not dismantle well-established stereotypes. They must be encountered repeatedly. Consider television programs, movies and books by diverse authors that disconfirm your stereotypes.

Having biases, by default, doesn’t make for evil, bigoted people. The brain is malleable and ways of thinking and engaging with others can be “recalculated.” Dismantling our unconscious biases will require accountability, commitment to self-reflection, deep honesty about what we think, and being intentional to make changes for the common good.