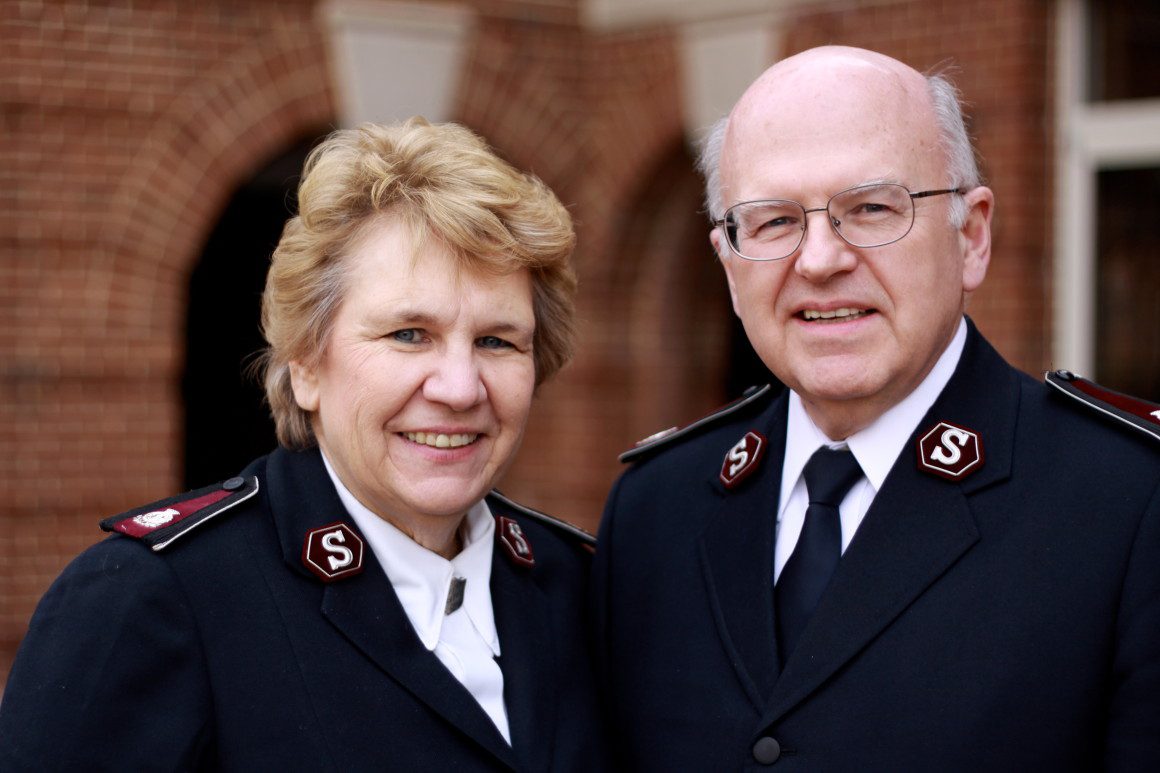 Commissioners William and Nancy Roberts, respectively the current National Commander and National President of Women’s Ministries, arrived in Buenos Aires, Argentina in December 2001, shortly after the peso was severely devalued—money lost 80 percent of its value in a day. The banks suffered, people were out of work, the government experienced five presidents in one month and the country defaulted on its debts with the International Monetary Fund.

As the national leader of The Salvation Army in the U.S. since November 2010, William Roberts reflected on his experience in Argentina—and its lessons for America today—in a recent interview with Caring.

“The time was critical; we had to keep the Army stable and serve the people who were suffering,” he said. “We had to encourage people and give them hope.”

William Roberts learned Spanish in order to better communicate this hope to the people. Though America’s infrastructure and situation differs from his experience in Argentina, he said today’s economic restrictions and challenges are one of the concerns that currently face the Army in the U.S. Another, he said, is improving how we inform and draw attention to the needs we see every day on the streets of America.

“We must intelligently and faithfully take care of our assets, and use those assets wisely with an eye to the future. How we spend our money must accomplish the ‘most good,’” he said. “We can provide a framework and ideas at a national level, but the need is local and must be served and addressed in local ways.”

The Salvation Army in the U.S., along with the National Advisory Board, is currently working to prepare a poverty index in association with universities and research centers. The index, William Roberts said, will be useful to government agencies and social service providers in drawing awareness to the seriousness of the issue of poverty.

Most recently, the Robertses spent three years as first territorial leaders of the Kenya West Territory. They previously served at International Headquarters, in Argentina, and numerous appointments within the Central Territory. Following their commissioning in 1971, the Robertses led three corps.

“Every appointment prepares you in some regard,” William Roberts said. “As corps officers, we learned about getting to know people, in leadership and administrative appointments we learned the Army’s organization and strategy, and serving outside the U.S. helped us to see the wider work of the international Army.”

William Roberts was raised in a Salvation Army home, made his first public statement of his calling to officership in high school, and entered training after graduating from Wayne State University in Detroit. He later earned a master’s degree in religious studies at the University of Detroit.

Nancy Roberts, however, first met The Salvation Army in high school while in a service club. She was introduced to William through his sisters and eventually worked as his boss while program director of the Army’s summer camp. With a bachelor’s degree in teaching and a master’s degree in counseling and guidance from the Eastern Michigan University, Nancy Roberts said she has been able to use all of her strengths and love for people as an officer in The Salvation Army.

The Robertses said women in Army leadership was an important topic of discussion at the 2011 High Council, which for the first time included more women attendees than men (57 to 52).

“I’ll stand behind women who are speaking up and support and encourage the use of an individual’s strengths and gifts beyond just the traditional roles,” Nancy Roberts said. “We need to have people be who they are.”

As the national leaders of The Salvation Army in the U.S., the Robertses said they will protect the Army’s name, reputation and heritage.

“We want to capture the joy of Salvationists who are serving the Lord in communities,” William Roberts said. “We want to remind people that we are an organization that serves. In corps, headquarters, social service centers—our purpose is to serve. We need the mindset of servants. We must treat and respond to people as if we were responding to the Lord.”