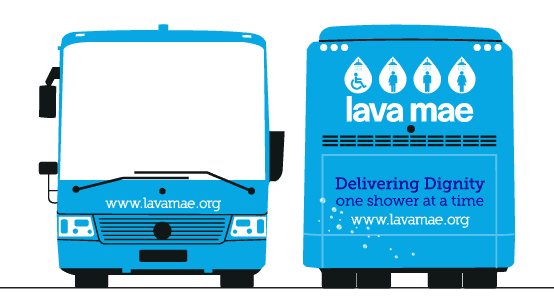 A Mobile Shower for the homeless

Most people begin their day by hopping in the shower but for those living in the streets, a clean shower is not conveniently located steps away.

By taking a retired city-donated San Francisco Municipal bus and transforming it into a mobile shower station, Doniece Sandoval, founder and executive director of  Lava Mae, has found an innovative way to deliver dignity one shower at a time.

Sometimes a shower can make all the difference. “If you’re homeless, living on the streets and filthy, you’re trying to improve your circumstances, but you can’t interview for a job, you can’t apply for housing and you become disconnected from your humanity. So a shower, just in itself, can be amazing for people,” Sandoval said.

The idea of creating mobile showers for the homeless came to Sandoval after a cab ride through the city two years ago. Her cab driver told her, “Welcome to the city of broken dreams.” Those words help create Lava Mae.

Lava Mae, Spanish for “wash me”, put its first bus on the streets of San Francisco in June of 2014. During the six month test period, the shower on wheels machine was able to offer 500 showers. 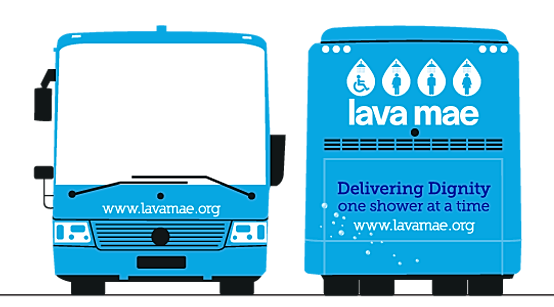 After seeing the success of the project, the company fundraised to have a second bus gutted and retrofitted. The second bus joined the lineup in April 2015.

Each bus is equipped with three showers, each with a private changing area, and two restrooms. Volunteers sign up online to work on the buses.

Remaining mobile instead of in a permanent location has ensured that the services Lava Mae offers aren’t jeopardized by rising rent prices or evictions. In order to become more sustainable, the company is exploring the use of toilets that use no water, recycling gray water and using solar panels.

Lava Mae partners with local nonprofits daily to provide clean showers and restrooms. The Public Utilities Commission allows the buses to plug into fire hydrants around the city which makes Lava Mae more accessible to the homeless community.

DO GOOD
Visit Website lavamae.org to volunteer, donate toiletries, and learn how to start  your own mobile hygiene service
Since the first bus launched in June 2014, Lava Mae has provided 1,500 showers. The nonprofit company has been contacted by people from other cities is the country and around the world who want to launch a Lava Mae bus in their community. For now, the company only operates in San Francisco. Lava Mae is looking to convert two more buses and offer 500,000 showers by the end of the year before expanding.