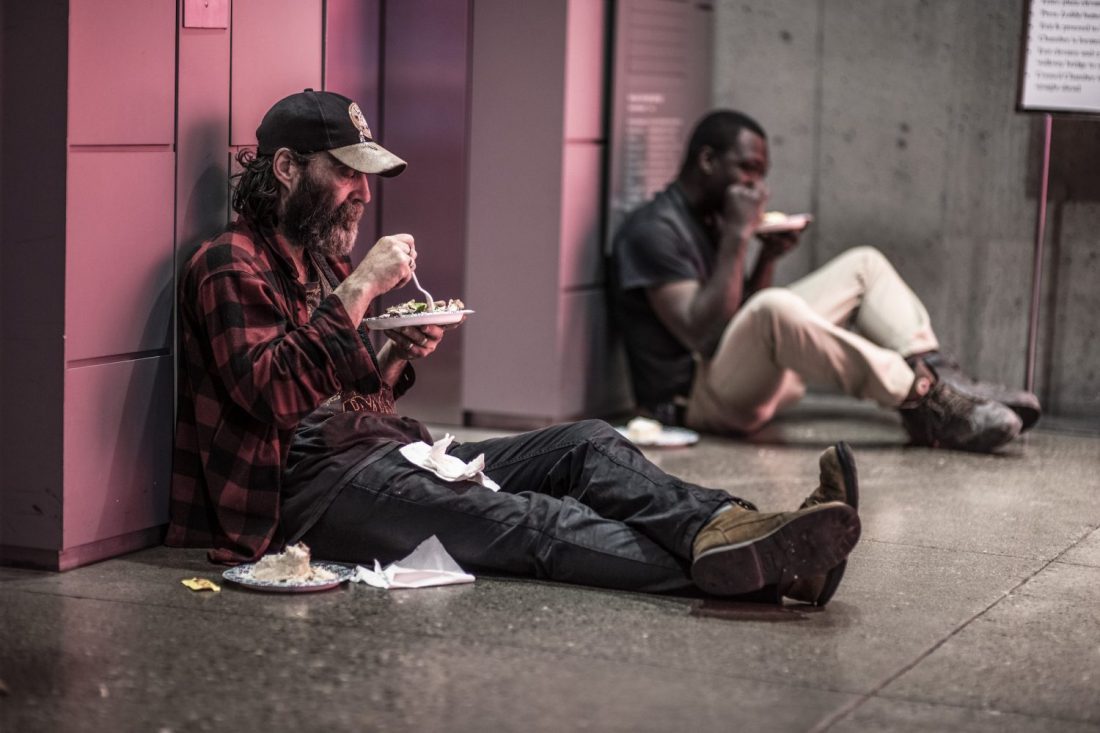 It is not just the ideas that define the organization, but the character of the people who make it up that matters.

But big or small, we should want to know why they exist at all. What values root Salvation Army social services? What aspirations move them forward? Socrates said the unexamined life is not worth living. I think that applies to organizations as well as individuals. There is no reason to be big if you don’t stand for something.

In Origins of the Salvation Army, historian Norman Murdoch made waves by claiming that social services work was first taken up primarily as a tactic for organizational survival. “It was the Army’s failure to grow as a revivalist sect…that turned it in the direction of social service,” he wrote.

Other historians have disagreed. In their book Boundless Salvation: The Shorter Writings of William Booth, Andrew Eason and Roger Green show that the first social services actually started before The Salvation Army changed its name from the Christian Mission.  “While the chief object and aim of the Christian Mission is to bring sinners to Jesus,” one of the Missioners said, “we feel it a duty and a privilege to minister to the bodily wants of the [poor].”

What really caused The Salvation Army’s social services to swamp the efforts of thousands of other well-meaning Christian charities in late-19th century England was two-fold, according to Green. First, the organizational capacity shown by Salvation Army “pilot projects” proved that it could deliver if entrusted with a bigger task. Second, was the emergence of a theology that refused to separate welfare of an eternal soul from that soul’s temporal well-being. To be concerned about whether someone would get to Heaven, you had to be concerned about how they fared in this world. In a breakthrough article published in 1889, William Booth said, “[salvation] meant not only [being] saved from the miseries of the future world, but from the miseries of this [world] also.”

I like the way Professor Ed McKinley put it. In his history of The Salvation Army in the U.S., he said, “it was inevitable that an organization…propagating a gospel of universal love…would be drawn to recognize one supreme fact: there is no true religion that is not acted out in compassion…The gospel message must be accompanied by expressions of love so unmistakable that no potential convert could miss them; then only would the good news of God’s grace seem real….It was only half enough to declare that God is love: The Salvation Army would show that He was.”

It is not just the ideas that define the organization, but the character of the people who make it up that matters. I don’t think we can understand William Booth and our other forebears without grasping this fact. I remember a sociology professor asking me when I was an undergraduate at Glendon College in Toronto if I had read In Darkest England and the Way Out. Embarrassed, I said no. He chastised me, “One of the first great books in sociology!” He was right. But it’s not the time-bound programmatics of the book or its methodology that explain why William Booth wrote it. It was his passion—his absolute outrage at the indifference to the degradation of another human being and the injustices experienced by those without social power—that drove him. “Who cares?” he thundered.  “All over Christendom thousands of little children are being brought up in actual training for crime….Who cares?”

The infographic at the center of “Darkest England” tries to capture this passion. It pictures crowds of people drowning in a churning sea, there on account of myriad social and spiritual problems of their own and others’ making, and while some people stand on the shore as unconcerned onlookers, others are in the water pulling the drowning to safety.

Coupled with passionate caring, actually getting the drowning out of their difficulty (what we might now call outcomes effectiveness) has been a core value of Salvation Army social services since the beginning. Passion without results is thought to be almost as bad as indifference to results. Which is what led Evangeline Booth to write the words from which the recent U.S. corporate tagline has been culled: “service is our watchword, and there is no reward equal to that of doing the most good to the most people in the most need.”

Admittedly, the world is more complex than it was a century ago. And The Salvation Army social services are infinitely more sophisticated than they were a century ago. It may have been easy for Evangeline Booth to figure out what was maximally good for people she had in mind, and easy for her to see what “interventions” would be sustainably effective. But none of that is easy today. Making a difference today is genuinely hard work.

And doing the work ethically—that is, in a deliberately principled and mindful way—is part of what is hard about it. What, we must ask, is the good we are supposed to be doing the “most” of, anyway? Is it good in the eyes of the recipient as well as the agent? What and who gives us the authority to act at all? Are we using the right means as well as aiming at the right end? Etcetera.

These questions must be asked. Not only by the organization. Each of us is a moral agent too. One might fear getting bogged down in analysis, but that doesn’t have to happen. And the alternative of simply acting without thinking is to act without ethics.

Wouldn’t it be great if future generations could say about us what Professor McKinley said about the early-day Salvation Army? Giving his professional historian’s interpretation of what (and who) made them tick, he said, “They are set apart from their fellows not by unnatural saintliness…They are allowing God to endow their lives with the only meaning those lives will ever have, to be in their brief day on earth the embodiment of the supreme truth that Christianity is love in action, and to be in eternity, products of that love.”

This lithographically-printed illustration was folded and tipped-in on the facing title page of Founder William Booth’s In Darkest England and the Way Out (1890, London: International Headquarters of The Salvation Army).

The book, which sold 200,000 copies in its first year, explored “the Social Question” of how to deal with the poor, destitute, and unemployed, ghost-written by William Stead, editor of the Pall Mall Gazette.

In this image, the story is provided on one page. The 312-word caption explains that it is “intended to give a birdseye-view of the Scheme described in this book, and the results expected from its realization.” It aids the book’s argument: “A population sodden with drink, steeped in vice, eaten up by every social and physical malady, these are the denizens of Darkest England amidst whom my life has been spent, and to whose rescue I would now summon all that is best in the manhood and womanhood of our land.